'We will be working with a lot of local schools, but I am giving these children trees that are only two feet tall because then they will have to nurture them, because I know I will never sit under the shadow of them but they will' 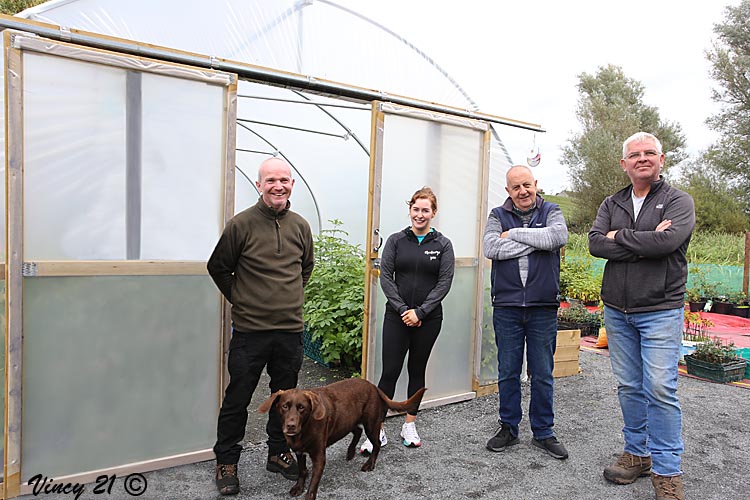 In this modern age, most young people are certainly more environmentally conscious than the generation which came before them.

And one environmental conservation group, based in Armagh city, is working to educate, restore, restock and enhance what they see as the county’s most important natural resource.

The Callan River joins the River Blackwater  upstream of Bond’s Bridge and flows in a generally northerly direction from Tullnawood lake, past Darkley, passing within a few miles of Keady town, through Tassagh and on to Armagh.

The area upstream of Armagh has many former linen mills that were built to use the waterpower of the river. There is also a viaduct at Tassagh that once carried the railway line from Armagh to Keady.

Friends of the Callan River was set up three years ago by Sean Vallely with the aim of creating a path along the river on which the public could walk. Speaking to Armagh I,  he explained: “I was a bus driver for years in the town for Disability Action, but then one day I took a heart attack. No one would sign me off to work again, I lost my bus licence, but I was able to get by car licence back.

“So then I took up walking along the river with the dog, but then I kind of thought to myself ‘this path’s not long enough’, so I started about trying to get a path from the Monaghan Road to the Moy Road.”

Sean said that he had grown up with the river, having learned to swim there in his youth, and wanted to see his two grandchildren, both diagnosed with autism, being able to amble along the river too.

Three years on, although the plans for a path are still in the planning stage, Sean and the Friends of the Callan River have continued work to protect the river from their ‘Hub’ on the Killylea Road. “Our main aim is to make sure the water that runs through Armagh is clean by monitoring the river. We have a cameraman who is out walking it two or three times a week so that if there are any spillages, we can find the source.”

According to Sean, there were two major spillages into the Callan River this year but these were quickly rectified.

“People ridicule NI Water, I can’t. I only have to lift the phone to them. I am straight through to them and they are out within an hour. “They helped us get to the bottom of those sources but no one was prosecuted. It was just a bit of mismanagement.”

Sean explained that one of these had allegedly been caused by the sewage system of a newly-built house not being correctly set up.

Another project started by the group, has been the nurturing and growing of somewhere in the region of 2,500 native trees.

“Every seed for the trees we have grown has come from within a five mile radius of our site. We have linked up with Bugs, Bees & Native Trees, which was set up by Dr David Mulcahy, from Dublin,” explained Sean. “We are giving him 1,000 trees which he is collecting in November and these are going to be planted all over the North of Ireland.”

He added: “We will be working with a lot of local schools, but I am giving these children trees that are only two feet tall because then they will have to nurture them, because I know I will never sit under the shadow of them but they will.”

Friends of Callan River have also linked up inviting children from Autism NI and More than Words to their site in order to enjoy the space.

Looking to the future, the group have begun work on a local herb and vegetable patch.

Sean added: “We hope in the future, to open up a pond over there in which we can nurture oxidising plants from the river, so that if we have a spillage like we had five years ago, we can wait until it passes and put the plants back in.

“That was through farmer neglect, but I must admit, the farmers know we’re about now and they are keeping the 10 to 15 metres back from the river when spraying the dung, which some never were before.”

RelatedarmaghFriends of the Callan River