Gloria and Pamela in Armagh for UTV Life Christmas Special 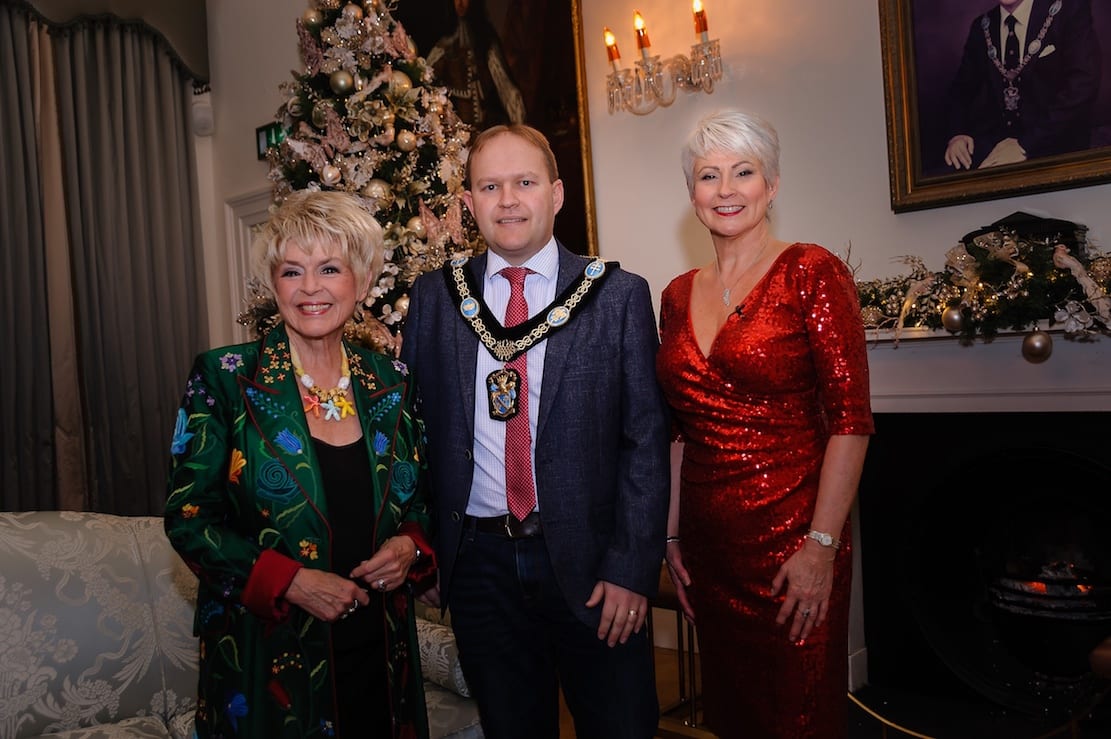 Broadcasting legend Gloria Hunniford made a welcome return home to Co Armagh recently to make a guest appearance on UTV Life with Pamela Ballantine for the end of year Christmas Special from Armagh City due to air on 22nd December.

Filmed in the Lord Mayor’s Parlour at The Palace Demesne, Gloria speaks to Pamela about her 70 years in entertainment which started as a young child in Armagh supporting her professional magician father while he toured the county.

She and Pamela also reminisce about her years in broadcasting in Northern Ireland with BBC and UTV, and how a stand-in slot for Jimmy Young on BBC Radio 2 was her springboard into national television which elevated her to her status now as one of the UK’s most recognisable celebrities.

She also talks about her own childhood growing up outside Portadown and speaks very movingly about her daughter Caron’s death from cancer aged 41 in 2004.

She shares with Pamela how Christmas remains such a special time with her grandsons and the wider family.

They also discuss excerpts from her autobiography ‘My Life’.

Lord Mayor, Alderman Gareth Wilson welcomed Pamela and Gloria to the Palace, he said: “I am delighted to welcome Gloria and Pamela here to the magnificent Archbishops Palace to film the UTV Life Christmas special.  Armagh is an amazing City with its beautiful Georgian architecture.

“I want to thank everyone who participated in the show including the City of Armagh High School and the two Archbishops and I’m looking forward to seeing the show on Friday, December 22.”

The whole programme was filmed in Armagh just after the famous Georgian Festival, where historic buildings open their doors and remember Richard Robinson, enthroned as Archbishop of Armagh in 1765, and responsible for transforming Armagh into a city of stunning Georgian architecture.

The annual Festival gives visitors a true insight into life in Armagh City during the Georgian era.

Pamela also spends time with local chef and restauranteur, Sean Farnan, owner of the Moody Boar in Armagh, where he shares his top tips for the perfect Christmas dinner, including a fool-proof recipe for Brussel sprouts, and a novel way of cooking the Christmas turkey.

Reporter Rita Fitzgerald takes us on a journey back through the mists of time to reveal what life was like in the decadent golden era of the Georgian period.

She meets Georgian-costumed characters as they stroll the cobbled streets of Armagh, and shows us vivid re-enactments of Georgian pastimes, from the rise of coffee houses to sumptuous feasts, and everything in between.

The Archbishops of Armagh, Eamon Martin and Richard Clarke share a very special Christmas message with Pamela, and the show is rounded off with the choir from City of Armagh High School, singing a beautiful rendition of ‘May it be’ from the Chapel at the Palace Demesne.