I'm really into make-up and when I was on maternity leave, I thought 'what am I going to do with this time?' 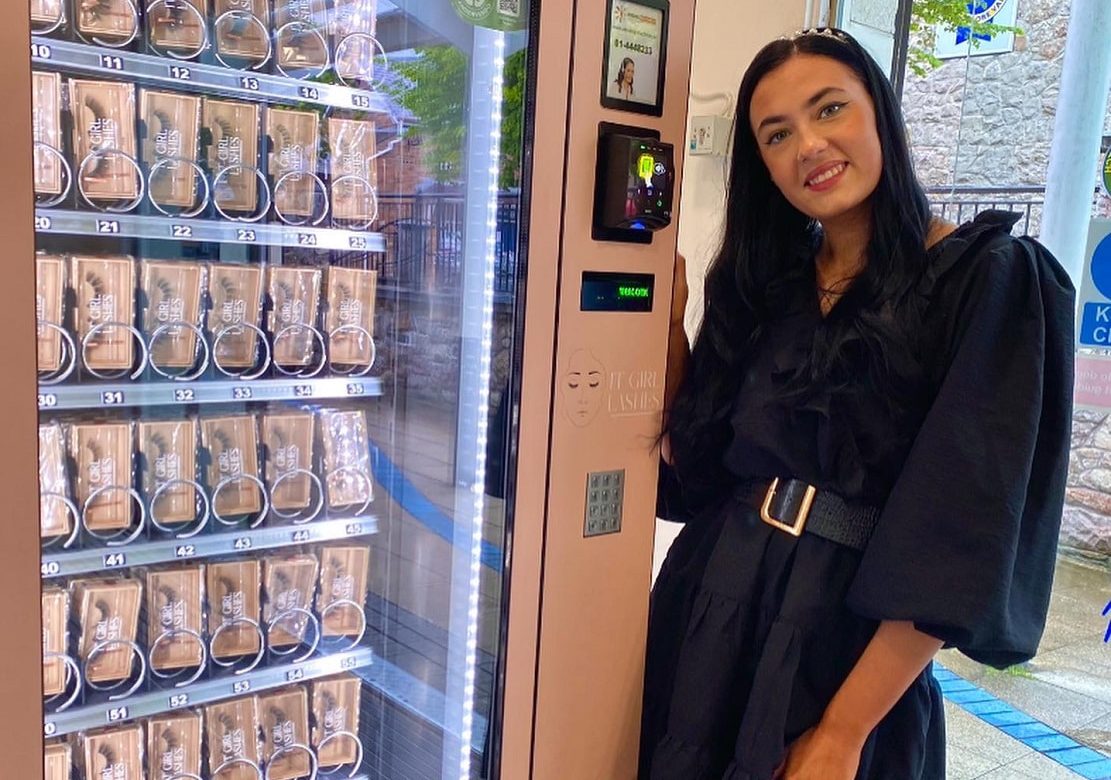 A young Armagh woman has harnessed her love of beauty and make-up to bring a very unusual business idea to her home town.

Gabby Rackauskaite has installed an eyelash vending machine in the Mall Shopping Centre in Armagh.

The machine dispenses 15 different types of lashes and has been so successful that Gabby is considering installing a second.

The business, It Girl Lashes, is believed to be the first of its kind in Northern Ireland.

The 20-year-old, who works in a nursing home but is a make-up artist in her spare time, came up with the novel idea while off on maternity leave with her son Joey, now aged nine months.

She said: “I’m really into make-up and when I was on maternity leave, I thought ‘what am I going to do with this time?’

“I started researching and thought about bringing out my own brand of false eyelashes, but I wanted to make them accessible to everyone.

“I remembered being in England and seeing vending machines selling things like phone chargers and e-cigarettes, so that’s where the idea came from.

“It hasn’t really being done in Ireland, apart from one other girl in the south that I know of.” Gabby is delighted at the response to the machine so far

She added: “When I was getting eyelashes they weren’t great quality or you were having to go into salons where the girls were busy.

“A lot of younger girls can’t even go on a night out without eyelashes.”

Gabby, who is originally from Lithuania but has been living in the Armagh area for the past 10 years, researched a number of similar businesses in the UK before taking the plunge.

She designed 15 different lash styles, to accommodate the natural and more dramatic tastes, before approaching a production company to design the eyelashes and container boxes.

Gabby then contacted engineers in Dublin and worked with them to design a vending machine from scratch.

It was built in Italy and transported to Omagh where the graphics, also designed by Gabby, were completed.

The vending machine was installed on May 30 and Gabby says she is “overwhelmed” by the response to it.

“It is going so, so well and I am definitely working towards placing a second one. The one in Armagh was my trial,” she said.

“I would probably aim for one at one of the university or big shopping hubs, like Belfast or Derry or Ballymena.”

Most of the eyelashes cost £8 with the more dramatic ones slightly more expensive at £10.

She added: “When I was designing my eyelash box, I designed it in such as way that once you wear the eyelashes you can store them in the box.

“Girls usually throw them in their handbag and can only get one wear out of them, so these are a lot more durable.”

Gabby has thanked her partner and family for their “fantastic support”.