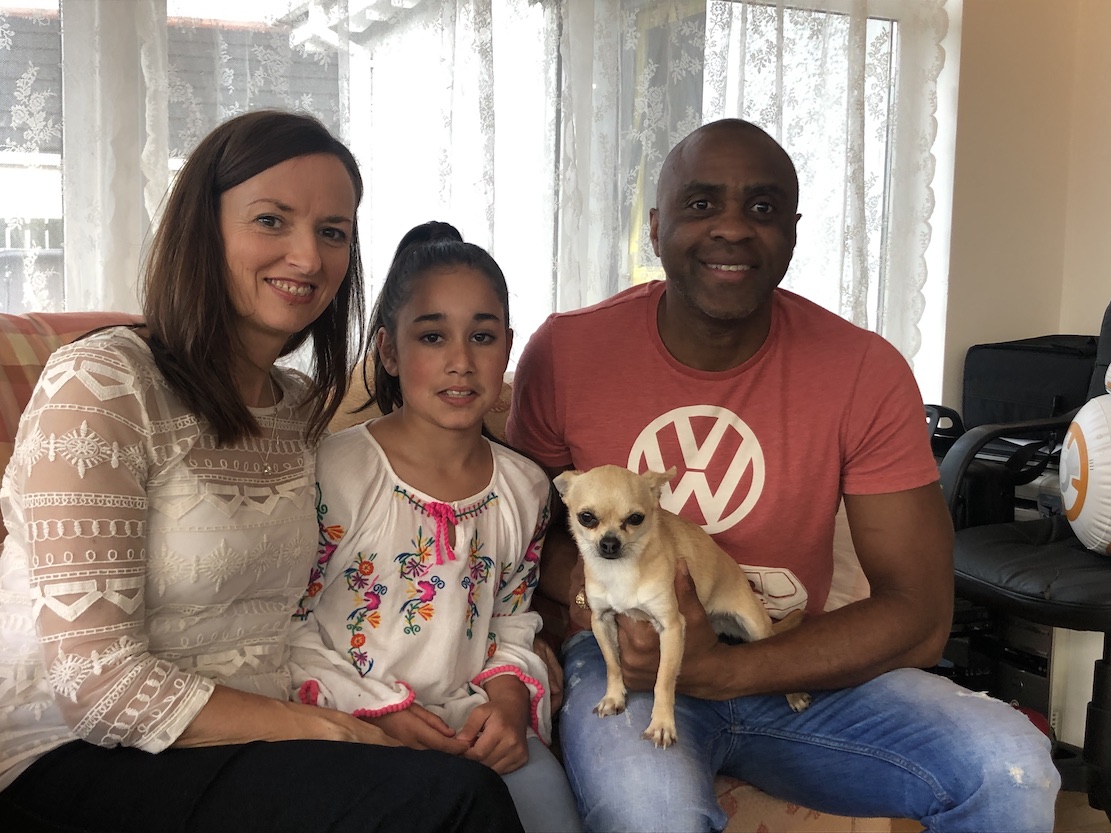 One local couple have witnessed at first hand the incredibly positive influence foster carers can have on the lives of young people living in care.

Garry and Loretta Harper began their journey when they adopted their youngest child in 2011, and having seen just how much of a stable and positive influence her foster carer had on her, a seed was sown.

“We felt that if we could do half as good of a job as our youngest childs’ foster carer did then we would be okay,” said Garry.

Two years ago the Harpers became Foster carers themselves and in that time they have provided a home for 14 young people through long-term, short-term, emergency and respite fostering.

Garry enjoys his mentoring role in supporting teenagers in the fostering community. He is passionate about providing activities that promote physical and mental well-being. The results of which have been very positive.

“Fostering was something we had spoken about maybe 15 years ago but with children of our own we wanted to wait until our youngest was a bit older.”

Together with their adopted child they were very much a part of the family conversation on whether their parents should become Foster carers, and have enjoyed extending their family.

“The boys are very supportive, as is our daughter which is great,” said Loretta. “Fostering is now a big part of our daughter’s life and she thrives on the opportunity to include children in our family.

“We felt this is something we could do, we felt we could provide that stable base for these young people.

“I remember when we became approved Foster carers we received a call the next Friday afternoon asking if we could care for an 18 month-old baby. We haven’t looked back since.”

Garry recalls the mad panic in preparing the house for the arrival of another baby.

“Our children had grown up so it was a case of dashing down to Tesco to buy bottles, nappies, a high chair and all the other equipment needed for a baby,” he said. (Foster carers are reimbursed by the Southern Trust for this kind of expenditure).

“It’s like riding a bike and all those parenting skills we had came flooding back. Loretta and I were so proud to see that little baby reach her milestones by walking, talking and eventually going to pre-school.”

Established for almost 20 years, the campaign showcases the commitment, passion and dedication of Foster carers. It also supports Fostering services to highlight the need for more Foster carers.

This year’s theme for Foster Care Fortnight is #changeafuture which is something the Harpers have been doing for every child who has come into their home.

“We believe that Foster care changes futures – the futures of Fostered children and young people and the futures of the Foster families who care for them,” said a Fostering Network spokesperson.

“Have you ever had a moment in your life which you can look back on and see that your future changed at that time? Perhaps it was a teacher telling you that you were really good at something that is now your career? Or a relationship which led you to move? Or a trip overseas which gave you a different outlook on life? What was your moment?

“Fostering has the potential to be life-changing for Fostered children and young people – it can #changeafuture. This Foster Care Fortnight we want you to know that fostering is about changing futures. And, if you think you have the relevant skills and experience, we’re calling on you to consider becoming a Foster carer.

“It is a timely message as Foster carers are desperately needed at a period of unprecedented pressure on Northern Ireland’s care system.”

There are more than 3,000 children in care, with around 16 young people newly admitted each week in the 2017-18 year. The Southern Trust area is experiencing significant demand for Foster carers.

“Finding a bigger range of carers who can look after children with different needs is a priority,” said Colm McCafferty, assistant director of corporate parenting with the Southern Trust.

“There has never been a higher number of looked after children in Northern Ireland,” he said. “There are unprecedented pressures on the foster care system to meet the needs of children coming in.”

As of March 2018, there were 3,109 children in care – a figure which increased by almost a quarter since 2011, according to the Department of Health.

The Southern Trust had the largest proportion of admissions across all of Northern Ireland’s five trusts in the 2017-18 year.

Mr McCafferty, who has been a social worker for 25 years, said while the Trust is successful in placing around one in three children with their extended family, the rest need other placements.

He said Foster carers who can care for siblings, look after young people with disabilities, and carers from black and minority ethnic (BME) backgrounds are particularly welcome.

He said: “Every child is unique, every Foster carer is unique. Every Foster carer has his or her own priorities whether it’s to their own family or, in many circumstances, to the Foster children they’re already committed to. Our priority as a Trust is to have a broader pool of carers to enable us to get that match right from the outset for the child and Foster family.

“The vast majority of those children (in care in the Southern Trust) are in very settled, long-term foster placements and become very, very ingrained into that family.

For anyone wrestling with the idea of becoming a Foster carer but not sure if they are cut out for it, Loretta has this simple message.

“Pick up the phone and speak to the Family Placement Team at the Southern Trust, nothing ventured nothing gained,” she said.

“People often say, ‘I couldn’t foster as I would get too attached’.  And yes it is tough, but you just have to get over yourself. It was heart breaking for Garry and I when that little one left our home but she went to live with a loving grandmother who has encouraged us to remain a part of her life.

“She has been able to form healthy attachments and we are incredibly happy about that.

“There can be tough times but I can assure you the good times far outweigh the bad. And it is incredible just how many amazing people you meet through Fostering – it has been very rewarding for us and I am delighted to say that two of my sisters now share in the challenges and joy of Fostering.”

Loretta says the support shown to Garry and her from the Southern Trust and from the Fostering Network has been invaluable.

“We certainly feel supported in our Fostering,” she said. “Our link worker from the Trust is fantastic and we get great support from the Fostering Network – there is always someone on hand with help and support. The ongoing education courses provided are invaluable in helping foster carers understand the needs of children in their care.”

If you would like to find out more about fostering or how to become a foster carer, the Southern Health and Social Care Trust welcomes you to an Information Event on Tuesday, May 21, 7-9pm, Armagh City Hotel.

To express your interest Call 028 3756 0750 or email fosteringandadoption@southerntrust.hscni.net .