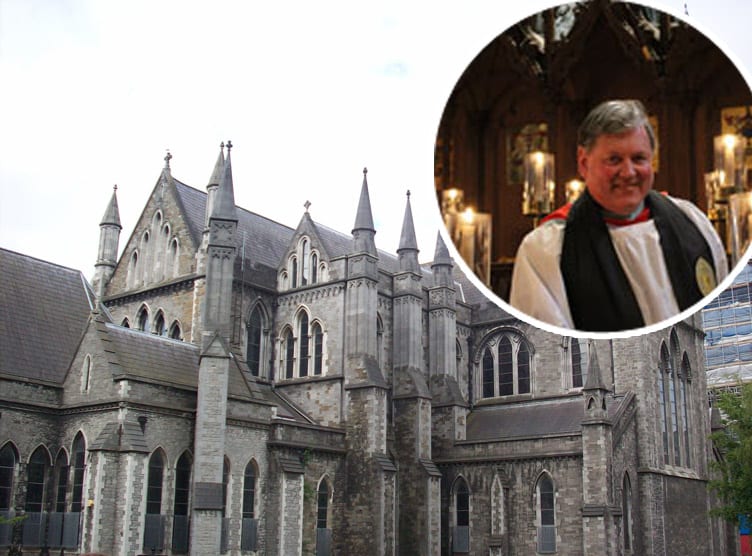 A County Armagh cleric has been elected as the next Dean and Ordinary of St Patrick’s Church of Ireland Cathedral in Dublin.

The Very Rev William Morton, originally from Poyntzpass, will succeed the Very Rev Victor Stacey, who retired at the end of March.

Dr Morton is currently the Dean of Derry and is Prebendary of Howth (St Patrick’s Cathedral, Dublin).

Deeply committed to the arts, Dean Morton has diversified the role of St Columb’s Cathedral, Londonderry, in hosting a number of cross–community and ecumenical events in the form of exhibitions, lectures, seminars and guided tours.

He has also been very involved in several community initiatives.

The 59-year-old had previously been employed as a journalist in Armagh.

The Most Rev Dr Richard Clarke, Archbishop of Armagh and Primate of All Ireland, said: “I wish Dean Morton well on his election as the next Dean of the National Cathedral, and to this new phase of his life and ministry.

“I know that he will draw on his extensive and valuable experience as Dean of Derry in this important role in the life of the Church.”

The Most Rev Dr Michael Jackson, Archbishop of Dublin, added: “I wish to express my good wishes to the Very Rev William Morton, Dean of Derry, on his election as Dean of St Patrick’s Cathedral.

“Dean Morton will bring a wide range of gifts to his new position. Personally, I look forward to working with him in the months and years ahead.”

This week’s election was preceded by a celebration of the Eucharist by the Archbishop of Dublin. Following the election, the Dean–elect, together with the collegiate body, processed to the chancel, where a setting of Te Deum was sung by the cathedral choir.

Details of the new dean’s installation will follow in due course.