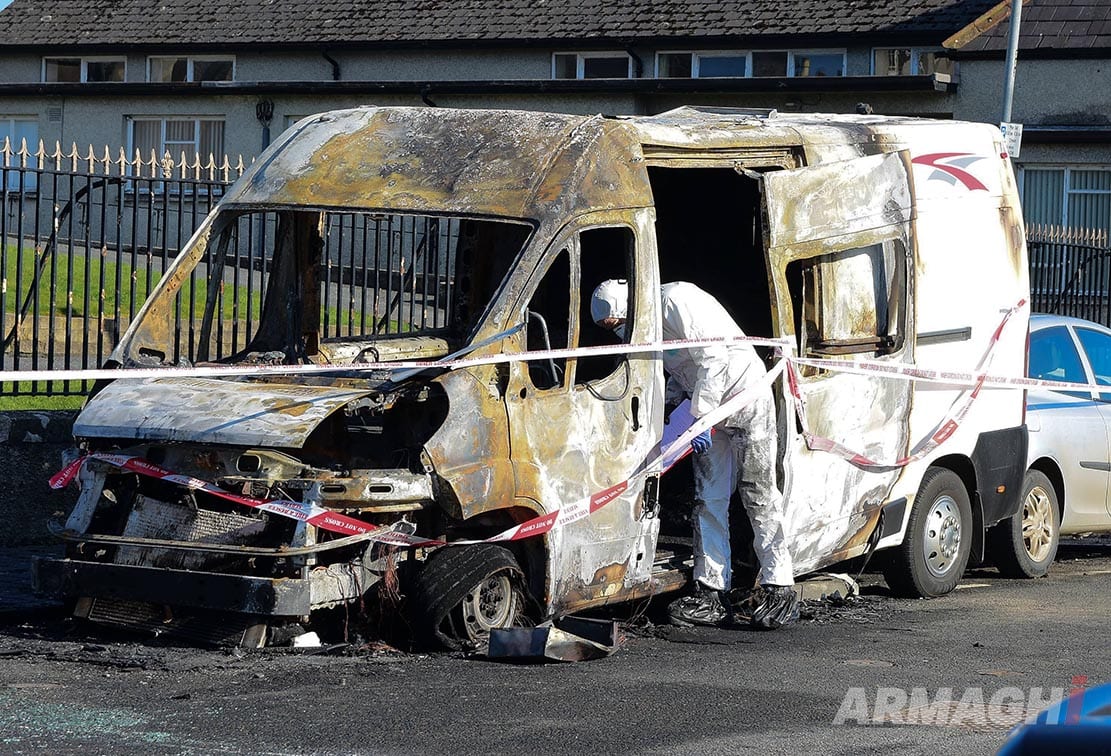 Forensics were this morning (Sunday) combing a camper van for clues as to how a blaze broke out in Moy last night.

A man – understood to be the owner – was rushed to hospital after receiving serious burns in the incident, which happened around 7.45pm.

Northern Ireland Fire and Rescue spokesperson Jonathan Tate, told Armagh I that a single crew from Dungannon received the call at 7.50pm.

Stunned bystanders watched on as firefighters tackled the inferno on The Square for more than an hour.

The injured man was treated by the fire crew who were first to the scene.

He was then rushed to hospital by ambulance crews, however, his condition is currently unknown at this stage.

The cause of the fire is currently still being investigated.