'As an expression of sadness and respect at the passing of His Royal Highness, flags at the council’s three main civic buildings in Armagh, Banbridge and Craigavon will be flown at half-mast until the day after the funeral' 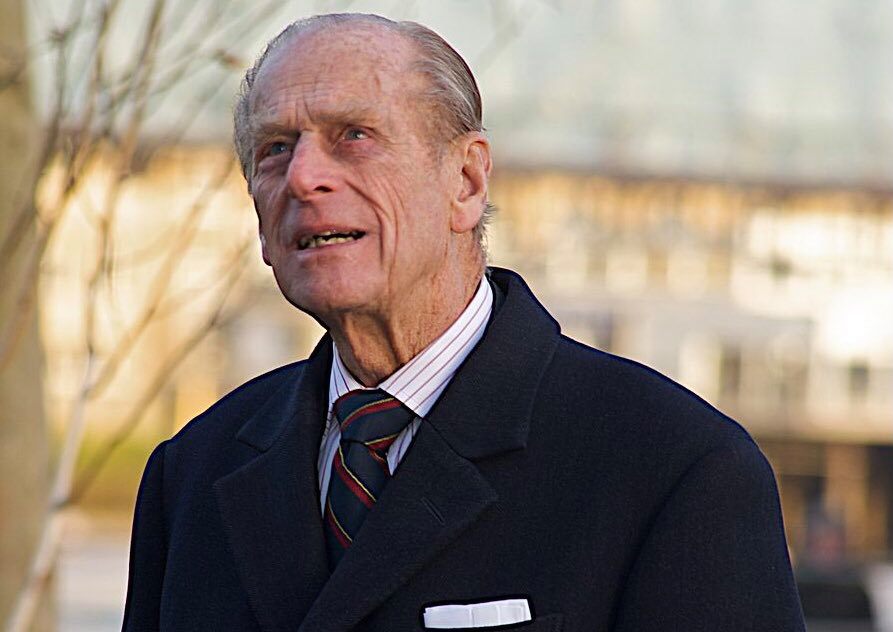 Flags at the three main civic buildings in the borough will fly at half mast following the passing of the Duke of Edinburgh today (Friday).

And an online book of condolence has been launched to allow those within the Armagh City, Banbridge and Craigavon Borough Council area to pay their respects.

At the same time, a special meeting of ABC Council will be held next Thursday – at the request of Independent Councillor Paul Berry – to allow members to express their condolences.

Lord Mayor Kevin Savage said the council was “deeply saddened to learn of the death of His Royal Highness The Prince Philip, the Duke of Edinburgh and joins with the rest of the country and indeed with people and nations around the world in extending our deepest sympathy to Her Majesty the Queen and the Royal Family at this time”.

The Sinn Fein representative added: “To offer the public an opportunity to convey their condolences to the Royal Family on the death of the Duke of Edinburgh, I have opened an online Book of Condolence (www.armaghbanbridgecraigavon.gov.uk).

“As an expression of sadness and respect at the passing of His Royal Highness, flags at the council’s three main civic buildings in Armagh, Banbridge and Craigavon will be flown at half-mast until the day after the funeral.

“Council buildings will also be illuminated deep purple between now and the day of the funeral.

“Under normal circumstances, the council would provide a venue for the signing of Book of Condolence and the laying of floral tributes, but unfortunately, that is not possible due to the on-going Covid-19 pandemic, and encourage the public to pay their respects safely from home using the online Book of Condolence.”

News of the Duke of Edinburgh’s passing was confirmed at lunchtime today.

A statement from Buckingham Palace said: “It is with deep sorrow that Her Majesty The Queen has announced the death of her beloved husband, His Royal Highness The Prince Philip, Duke of Edinburgh. His Royal Highness passed away peacefully this morning at Windsor Castle.”

Newry and Armagh DUP MLA William Irwin said: “I wish to express my deepest sympathy and offer my prayerful support to Her Majesty The Queen and the Royal Family on the very sad passing of HRH Prince Philip.

“His death will be a time of great mourning for many people across the United Kingdom and indeed the world, given the tremendous work that he was involved in over so many years as a devoted husband to Her Majesty The Queen.

“Even at the age of 99 and up until recent months prior to his illness he was still taking a great interest in his work and indeed his great achievements and tireless commitment to the people of Great Britain has made such a positive impact on so many people.

“His unwavering support and assistance to Her Majesty The Queen over so many decades was so important and allowed her to perform her role so efficiently and effectively, I know he will be missed by so many and my thoughts are with the entire Royal Family at this time.”

“My thoughts are with the Royal Family at this very sad time,” said Councillor Tennyson. “My condolences in particular go to Queen Elizabeth, who has lost her husband of more than 70 years. No matter your role or how public your life is, that is a devastating thing to experience.

“It is important too that we recognise Prince Philip’s work. The Duke of Edinburgh’s Awards Scheme, which encouraged millions of young people across the globe to focus on self development and public service, will be a lasting legacy.”

Independent Unionist Councillor Paul Berry said it was with “deep sadness” he learned of today’s news.

He added: “I would like to thank the Lord Mayor for agreeing to my request for a Special Council Meeting to enable us to express our sympathy on behalf of our constituents. The meeting will be on Thursday evening.

“He served with pure dedication and was by the Queen’s side for over 70 years and our heart goes out to her for losing her life’s partner and friend.

“My thoughts and prayers go to Her Majesty the Queen and wider family circle at this time of mourning.”