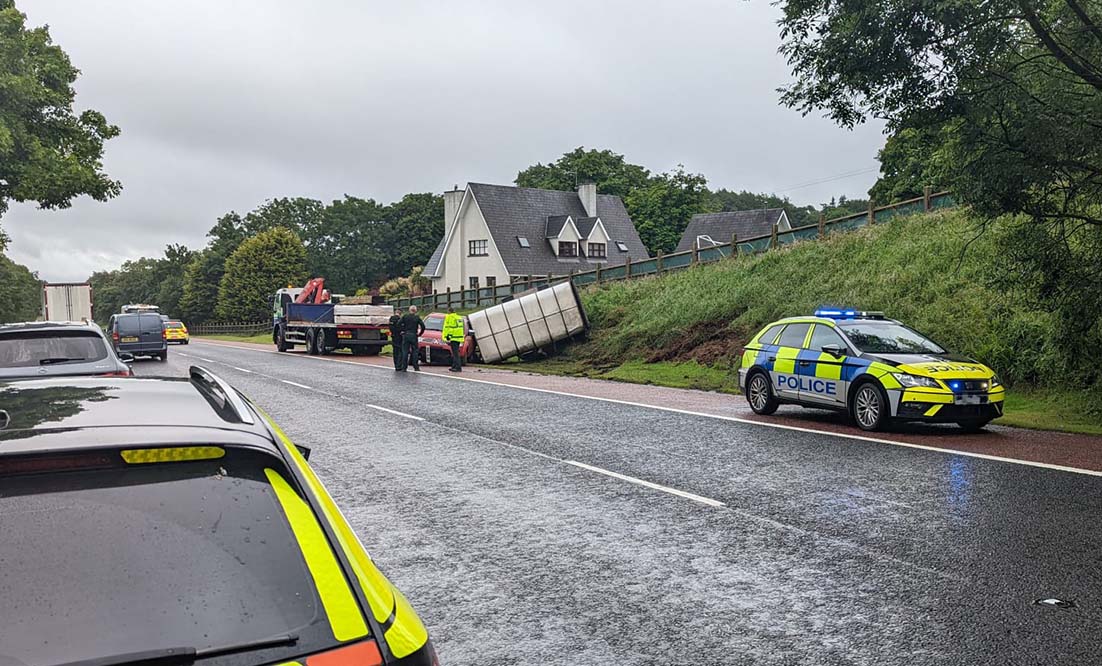 Police are currently on the scene

A pick-up carrying a trailer containing seven cows veered off the road and crashed into an embankment on the outskirts of Armagh this morning (Tuesday).

The incident happened shortly after 10.30am on the Markethill Road.

The dramatic scenes were witnessed by the driver of a car travelling behind the Mitsubishi.

“I was driving behind the trailer at the time, heading out of Armagh in the Markethill direction, when it just swerved onto the hard shoulder, to the left, before veering across the road and into the embankment,” explained the eye-witness.

“That’s when the trailer tipped over. To me, it looked like a tyre blew out but I’m not sure. Thank goodness there was no other vehicle coming in the opposite direction. It was so scary to see it just happening in front of you.”

Two men travelling in the pickup were uninjured.

However, an operation is currently underway to free the cows from inside. A vet has been called to the scene.

“It didn’t look great for the cows, unfortunately,” he added. “Hopefully they can be saved but it’s just so sad.”

The road has been temporarily closed – traffic stopped from passing. Motorists are advised to seek an alternative route, if possible.