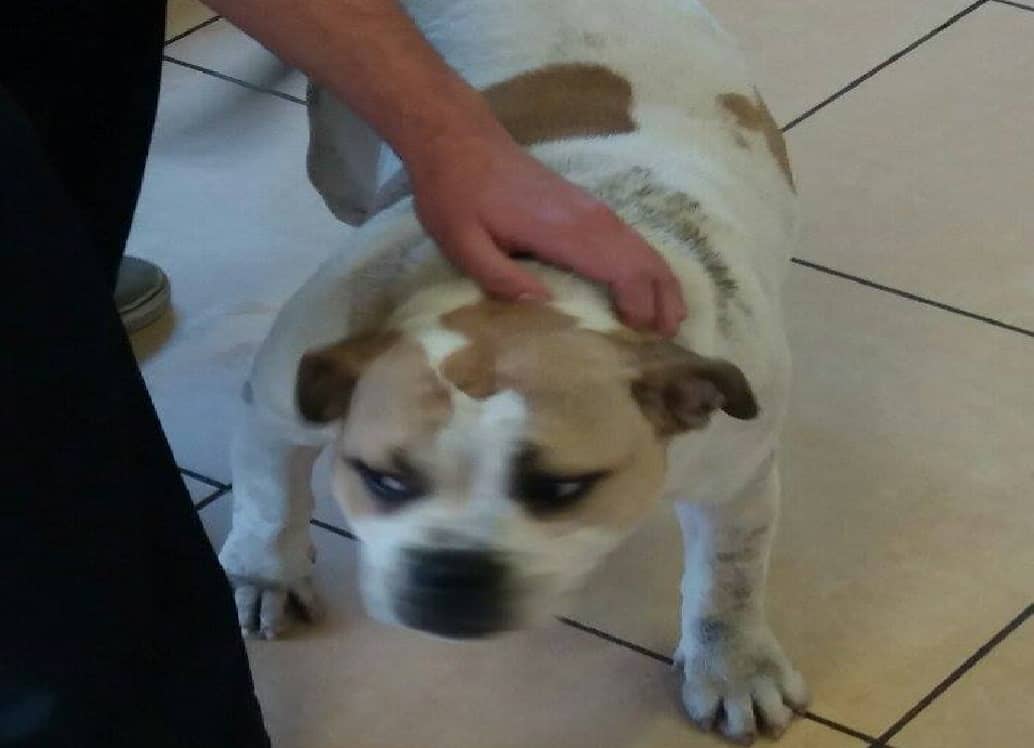 A dog was left with a suspected broken leg after it was run down by a driver who failed to stop.

The dog (main picture) was knocked down on the Ballyards Road outside Armagh city shortly after 12pm today.

She was hit by a navy blue BMW driven by a blonde lady who “knew she hit it” according to an eye-witness.

The injured dog was picked up by driver Heather Flynn, who saw the incident happen.

Speaking to Armagh I, she explained: “This beautiful, friendly dog was struck by a lady driving a BMW.

“She knew she hit her but just kept driving. We stopped and took the dog straight to the vets.”

She added: “The driver was coming towards us on the wrong side of the road with her hand up to her mouth in a shocked expression.

“When she had passed us we saw this wee dog rolling around in the middle of the road. When we approached her she just whimpered and sagged her wee tail, even though she was obviously in pain, she didn’t growl.”

The dog was taken to O’Reilly and Fee Vets on the Cathedral Road in Armagh who suspect the dog has broken a back leg.