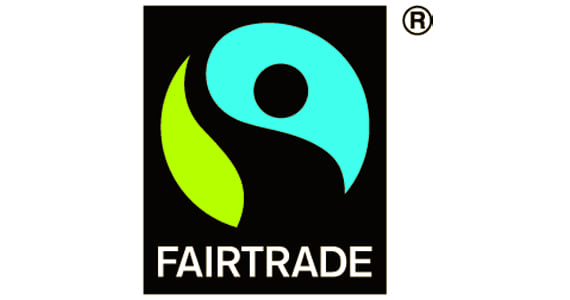 Councillors are expected to back a plan to seek to have the whole of the Armagh, Banbridge and Craigavon Borough recognised as a Fairtrade Zone.

At their environmental services meeting in Armagh tomorrow night (Tuesday), they will be asked to sign up to a statement endorsing Fairtrade. The following March, it passed a commitment to support Fairtrade and three years ago the Banbridge area was awarded the status of Fairtrade Zone after meeting the five goals set out by the Fairtrade Foundation.

The status was renewed and awarded to the Banbridge District Council area again in 2013.

The Fairtrade Zone is currently in the process of being renewed.

The Steering Committee includes members from throughout the Armagh City, Banbridge and Craigavon Borough, with representatives from the council, teachers, church representatives, local business employees, charity ambassadors and dairy farmers.

The old Armagh City and District Council actively supported and promoted Fairtrade with an aim to achieve Fairtrade status. It carried out an audit to identify the support of Fairtrade products within the city and district.

Although work has been carried out in Armagh and Craigavon in relation to Fairtrade, neither area went forward to formal accreditation.

Being a recognised Fairtrade Zone shows the commitment of the area to support equality and Fairtrade both locally and globally. The Fairtrade Zone status is intended to be renewed by the Fairtrade Foundation for the Banbridge area this coming month of December, with a focus to then extending it throughout the whole borough by 2018.

Fairtrade is a system that ensures better prices, decent working conditions, local sustainability, and fair terms of trade for farmers and workers. The council has championed the principle of Fairtrade for many years and is now seeking to make the whole Armagh City, Banbridge and Craigavon Borough a Fairtrade Borough.

By supporting Fairtrade and promoting it through becoming a Fairtrade Borough the council will be helping farmers and workers to gain the means of earning a decent living and securing a better future. Fairtrade also promotes environmentally friendly practices, such as improving soil and water quality, prohibiting harmful chemicals and encouraging biodiversity.

As part of the process to becoming a Fairtrade Borough the council is required to agree to a commitment.

Councillors will be asked to endorse a statement of support for Fairtrade, declaring: “Armagh City, Banbridge and Craigavon Borough Council as of today is committed to meeting the five goals of Fairtrade, retaining the Fairtrade Zone and progressing to create a Fairtrade Borough. The progression of the Fairtrade initiative will be overseen by the Environmental Services Department which will liaise with the Fairtrade Steering Group. The council will endeavour to offer Fairtrade products such as tea and coffee in its offices and facilities, while lobbying and assisting local businesses, community groups, schools, charities and churches to endorse and promote Fairtrade in their communities.”

If approval is given, over the next two years the Fairtrade Steering Committee, supported by officers from Armagh City, Banbridge and Craigavon Borough Council, will be extending the Fairtrade campaign throughout the borough.

The Fairtrade Foundation requests that five goals are met before an area is awarded this status and it is expected that an application for Fairtrade Borough Status will be submitted in January 2018.

Twitter reacts to sightings of ‘green fireball’ over Armagh tonight

Lucky escape as tree crashes onto roof of rectory

Is this a ghost caught on camera near Loughgall?

Listen: Why is Tandragee a hotbed for burglaries?