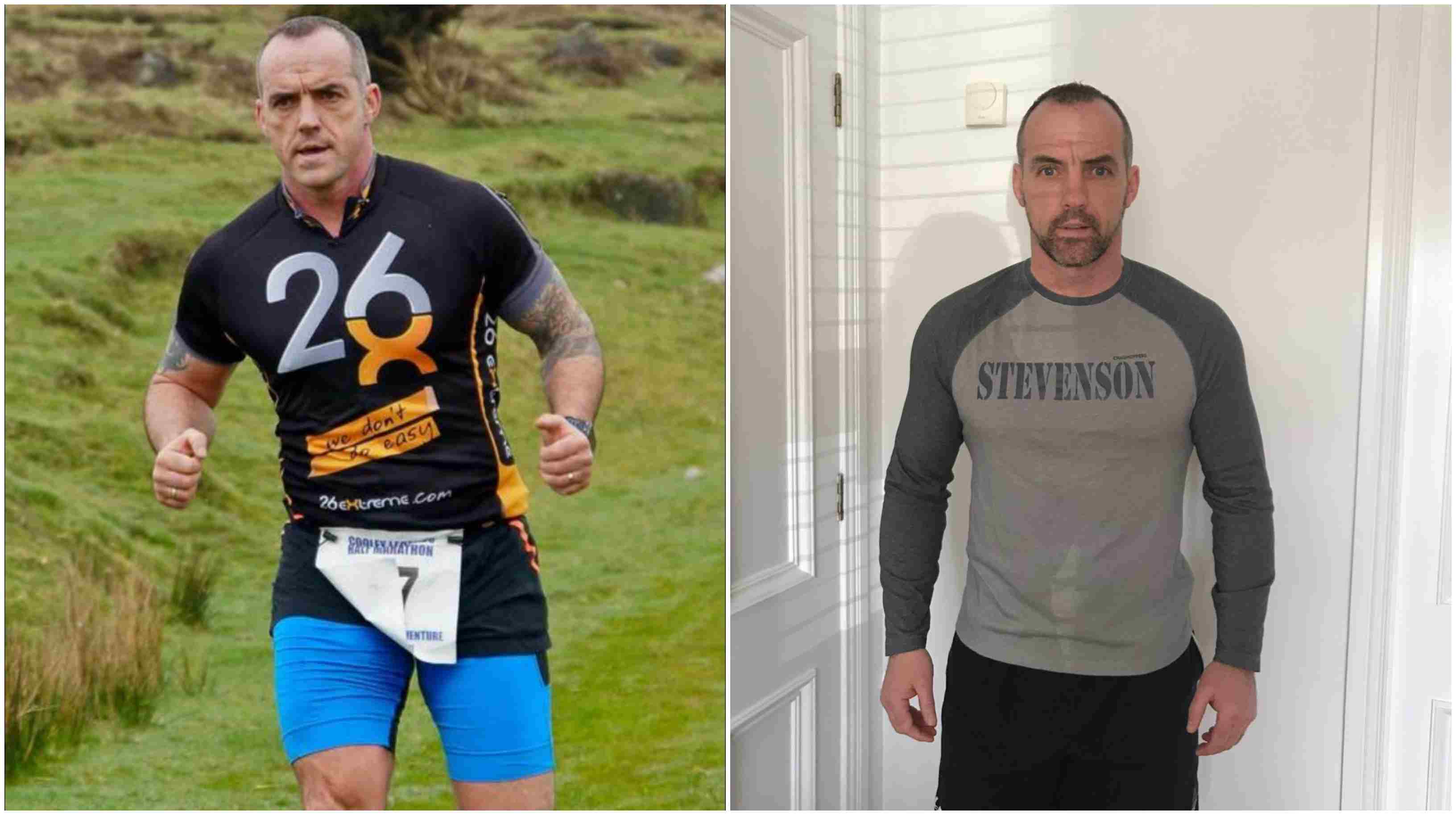 A Co Armagh fitness instructor has been to hell and back after taking part in a gruelling new RTE series with the special forces.

One of those chosen was Tommy Stevenson, a fitness coach who hails from Lurgan and works in Armagh.

The 47-year-old, who was the oldest competitor, spoke to  Armagh I this week about his experience.

“There will be a lot of happy men in Lurgan; a lot of footballers I clipped back in the day would love to see me get my nose busted and see me put through hell,” Tommy joked.

Explaining why he wanted to get involved in the challenge, Tommy said he wanted to test his limits like never before.

He said: “When I am training teams I always push them to the limit.

“I like to push myself too, which is why I have taken part in Iron men and different races,” he said.

Tommy, who was on standby for the show, took on the TV challenge at the eleventh hour, after another competitor was forced to drop out. And even with that last minute entry, the fitness fanatic wasn’t going to turn down the chance of a lifetime.

“There was an opportunity going with around 600 people, I was picked the week before as the first of the three in reserve.

“I had no real time to learn navigation and map reading stuff like that.”

Tommy, who has been involved in fitness for over 25 years, described the gruelling eight days as “brutal”.

However, his biggest battle came in the form of a small confined space.

“I wouldn’t be good with being claustrophobic but I overcame that; I conquered it by going up a pipe in the middle of the night.

“I originally wasn’t going to do it but the drill sergeant told me to battle through and I did.”

There were a number of scares and injuries along the way but Tommy remained tight-lipped on the outcome, coy enough not to give too much away.

“There was a couple of near death experience with some of the candidates busted noses and broken noses; it was insane to say the least.”

Tommy admitted he had a new found respect for the armed forces and what they go through on a daily basis.

One of the biggest battles he had to overcome was “sleep deprivation”, with bedtime around midnight before a stint manning the barracks in the middle of the night before an early morning rise.

Tommy said it was more than just physical brawn.

“They are trying to break you. It’s about your mental strength; not the strongest man but one who can take whatever is thrown at him.

“That might be jumping into a river that’s 25 foot deep with freezing cold water, crawling up pipe or being exposed to extreme conditions.

“One day we went on a five or six-hour hike with bags on our backs, it was brutal. I thought I had finished at one point but they told us ‘right we are half way there'”.

And what about the reaction from friends and family back in Co Armagh .

“There be a lot of happy men in Lurgan, a lot of footballers I clipped back in the day would love to see me get my nose busted and see me put through hell.”

To see how Tommy got on you can catch the first episode on Thursday, April 18, on RTE Two.