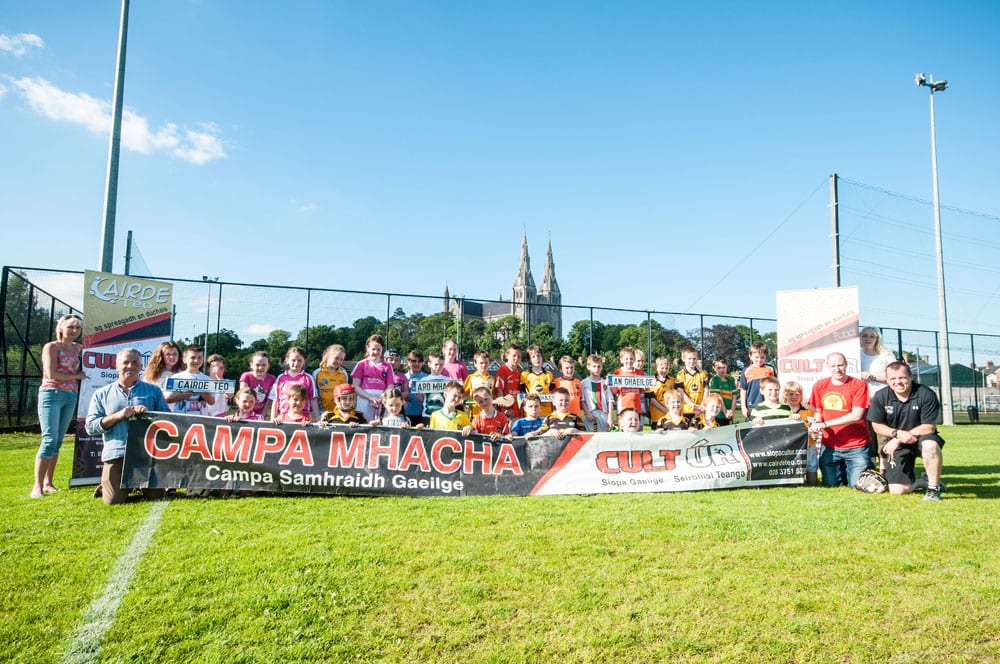 An annual summer camp in Armagh has been cancelled after claims the funding deadline may have been missed because their address was written in Irish.

More than 100 children in the area attend the Irish language, Campa Mhacha, event in the city each year.

However, it has been claimed the camp, which began in 2006, will be cancelled after the funding body said they did not receive the application on time.

Organisers refute those claims and say they have evidence the application was sent off in good time.

Campa Mhacha posted a statement, which read: “It has been claimed that the Royal Mail did not deliver the application form in time and despite a receipt to prove that it was sent in ample time, the funders are not prepared to accept this.

“It has been claimed that our application form may have been held back as the address was written in Irish, even though it contained building number and postcode.

“We regret that 100 young Irish speakers in Armagh will miss out on the opportunity to attend an Irish language summer camp, but unfortunately we have no other option.

The statement continued: “We can not be continuously silenced in regards to the Irish language, please let your voice be heard and sign this petition!”

Their petition can be viewed here.