With its two Cathedrals and world-renowned Observatory, it will showcase Armagh's place as a centre of faith and science - with a well-deserved nod to our famous Bramley apple orchards! 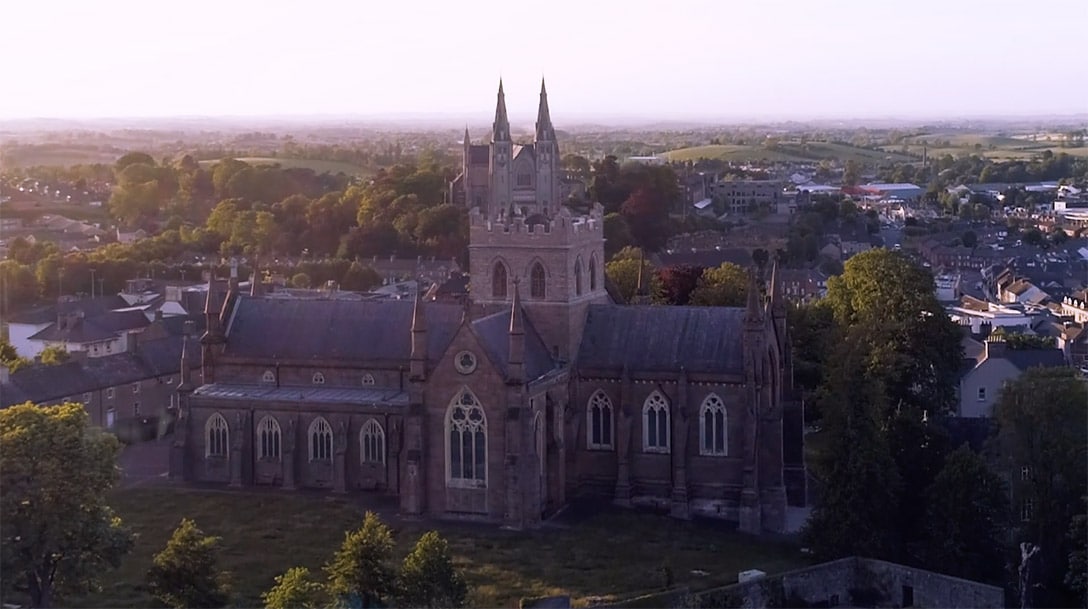 Armagh will be broadcast into homes the length and breadth of the UK next Sunday when it features on the ever-popular ‘Songs of Praise’ TV show.

The long-running faith-based broadcast will focus on the the Ecclesiastical capital of Ireland in the 35 minute episode.

The lunch-time BBC One favourite will be hosted by Northern Ireland presenter Claire McCollum.

The Carrickfergus native will learn much of what Armagh has to offer and delve into its history and its people.

She will meet Christians in the city of Armagh and discover how faith has flourished here throughout the ages.

According to the BBC One pre-show heads-up, she will visit “the cathedral city of Armagh to find out how it became known as the centre of the Christian faith in Ireland after St Patrick built his first stone church on a hill in the city”.

And it adds: “The city is now home to two major cathedrals, one for the Church of Ireland and the other for the Roman Catholic Church.

“Claire visits the foundations of St Patrick’s first stone church, where archaeologists have found evidence of pre-Christian worship on the same site, and meets the Rev Shane Forster to find out how faith has shaped the identity of the city and its people.”

Claire will also visit the Armagh Observatory, founded by Archbishop Richard Robinson in 1789, to make Armagh a centre of science as well as faith.

There she meets a PhD student at the Observatory – to learn about the research centre’s Christian ethos – and looks through the world’s oldest telescope to be still housed in its original dome.

To the good folk of Armagh, home will always be ‘the orchard county’, but viewers will see how the name is well-earned, as Claire goes apple picking with a Christian family during harvest to find out what role faith plays in farming.

This is not the first time Songs of Praise has come from Armagh; Eamonn Holmes has previously hosted the show from the city of Saints and Scholars.

But certainly many will agree we are long-overdue a return visit!

With locally recorded music from Ballymena, Down Cathedral in Downpatrick and Orangefield Presbyterian, Belfast, and a special performance from Blessing Annatoria, Songs of Praise from Armagh will be shown on BBC One next Sunday, October 23, at 1.15pm.