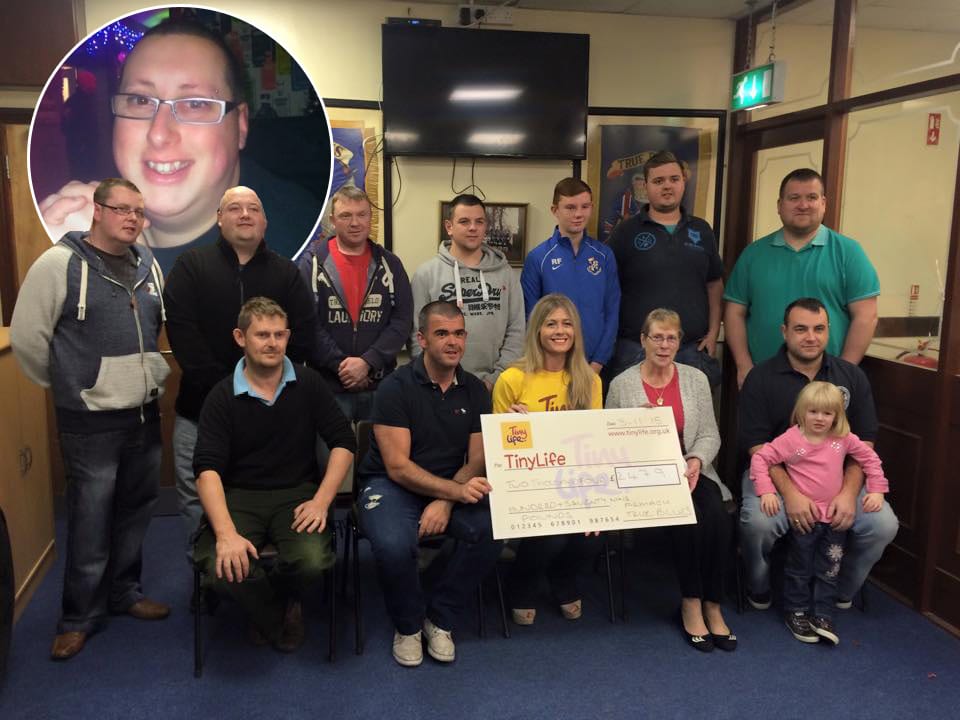 The fantastic work of the TinyLife charity received a huge boost this evening with the presentation of cheques in memory of Armagh man Mervyn Nicholl.

The death of Mervyn, aged just 30, in the summer sent shockwaves across the city and district.

Just hours before his death, he had donned a Batman costume and paraded estates in Armagh as part of the Armagh True Blues Flute Band’s annual fundraiser, which this year was in aid of TinyLife.

Tonight, in Armagh, band mates, friends and family handed over money to the charity in memory of the hugely popular city man, who had worked at Johnston’s Bakery.

The 11th of July fundraiser, in which Mervyn had participated with all the enthusiasm, dedication and sense of fun for which he was renowned, was later followed by a Big Breakfast event organised by the band. The band this evening handed over a cheque for the superb total of £2,134 as the proceeds of both event.

A further £345 was also presented as the result of donations in lieu of flowers made following Mervyn’s passing.

All who knew Mervyn will know the generosity is a testament to the esteem in which he was held.

They have been overwhelmed by the total raised and delighted to be able to hand over such a great amount in memory of their much-loved and dearly-missed friend. Posting on Facebook, Armagh True Blues offered heart-felt gratitude to all supporters, saying:”The band would like to thank all those who donated and made this year’s fundraiser for Tinylife the great success it was!”

What a fitting tribute to Mervyn and what a great boost for TinyLife.