Ashling Murphy: Candle-lit vigils at 4pm as Council opens up Book of Condolences 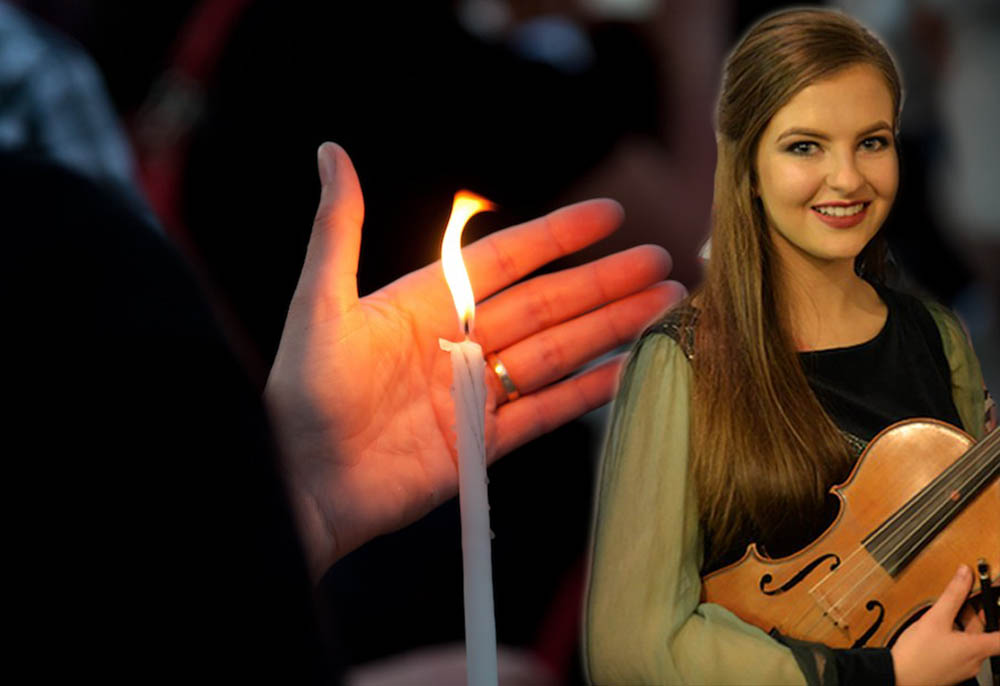 Candlelit vigils are being held all across Ireland in memory of murdered schoolteacher Ashling Murphy.

Locally, vigils will be held in Armagh (Market Street), Crossmaglen (The Square) and Newry (Marcus Square) at 4pm, while another will be held at the FastTrad premises, Mayfair Business Centre in Portadown at 5pm.

The 23-year-old from County Offaly, was attacked along the banks of the Grand Canal outside Tullamore, as she went for a run in broad daylight.

She tragically lost her life at the scene.

A 40-year-old man arrested over her murder has been released “and is no longer a suspect”, Gardai said earlier today.

Meanwhile, the Chairperson of Newry, Mourne and Down District Council, Cllr Cathy Mason has opened an Online Book of Condolence for the residents of the district to extend their sympathies to the family of Ashling Murphy.

Councillor Mason said: “As Chairperson of Newry, Mourne and Down Council I will be lighting up Down Leisure Centre and Newry Town Hall white from 4pm in memory of Ashling. Her death is a senseless killing and on behalf of residents in the district I would like to offer our sincerest condolences to her parents, family and friends on their immeasurable loss.”

She continued: “There will be candle-lit vigil at 4pm today at the St. Patrick’s Centre, Market Street, Downpatrick to remember Ashling and all who have died by gender-based violence. I would urge anyone who cannot make the vigil today to light a candle and place it in your window to remember Ashling.”

A vigil will also be held in Newry and Armagh at the same time.

“To extend your sympathies to the family of Ashling Murphy and to show your support against gender-based violence please sign the online book of condolence or attend the vigil today.”

Due to COVID-19 restrictions in place at this time, sympathies may only be expressed online.

The Council’s Book of Condolence is available to sign at: www.newrymournedown.org/book-of-condolence-for-aisling-murphy

All messages in the online book will be recorded by Newry, Mourne and Down District Council and sent to Assling’s family.

The Book of Condolence will close for digital signatures on Monday, January 24 at 5pm.