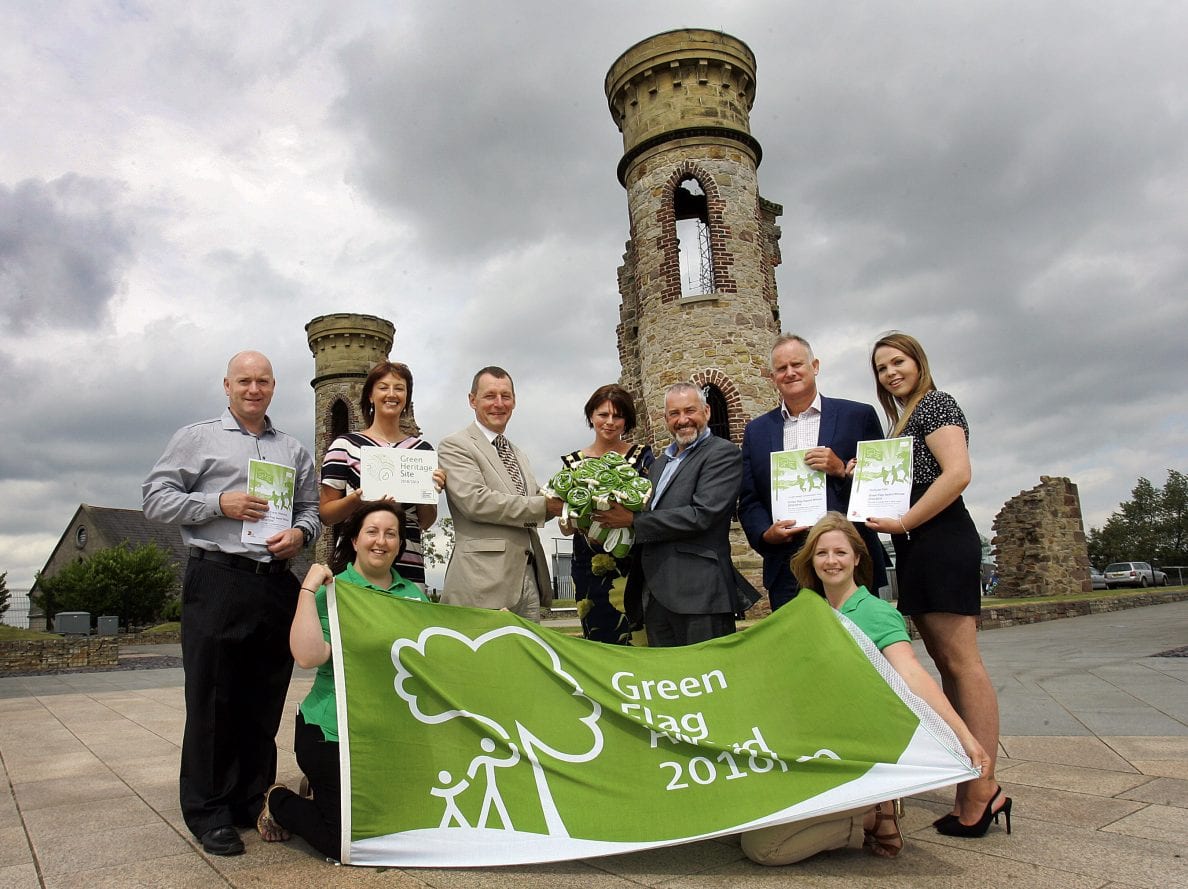 Eleven sites in the borough – including the Mall in Armagh – have been given top awards at this year’s Green Flag and Heritage awards.

It is a record number of awards coming to the Armagh City, Banbridge and Craigavon Borough Council.

And Lord Mayor Julie Flaherty has hailed the “great” achievement and praised all who played a part in making it happen.

The council says it demonstrates its commitment to managing and maintaining its portfolio of parks and green spaces to the highest environmental standards.

It places the borough in the top three best-performing council areas in the Green Flag Award scheme, which is managed by leading environmental charity Keep Northern Ireland Beautiful.

First-time winners of the Green Flag Award include Loughgall Country Park and Portadown People’s Park, whilst The Mall in Armagh received its first Green Heritage Award in recognition of how the site is being conserved and enhanced so that local people can enjoy its heritage value.

Lord Mayor Julie Flaherty – speaking afterwards – said: “As the international standard for parks and green spaces, holding a Green Flag Award brings with it a vast amount of prestige – so it’s great to see our collection of Green Flag Awards increase this year.

“Our success can be credited to our hard-working officers, parks and grounds maintenance staff who put in a lot of effort all year round to ensure our environmental assets are well-maintained, well-managed, welcoming and safe.

“As a Portadown elected representative, I’m particularly pleased to see the People’s Park, which stands out as one of our most impressive green spaces thanks to an investment of £5.47m from the EU’s PEACE III Programme in 2015, receive a Green Flag Award for the first time.”

Dr Ian Humphreys, Chief Executive of Keep Northern Ireland Beautiful, added: “We are delighted to be celebrating another record-breaking year for the Green Flag Award scheme.

“We are proud to have so many wonderful green spaces in Northern Ireland for people to experience, and encourage the public to head outdoors.

“The Green Flag Award is a sign of a well-managed, clean and safe park and with many people increasingly relying on their local park as a place to exercise, relax and have fun, quality green space has never been more important.”

A total of 71 public parks, gardens, country parks, cemeteries and green spaces across Northern Ireland were awarded a Green Flag this year.