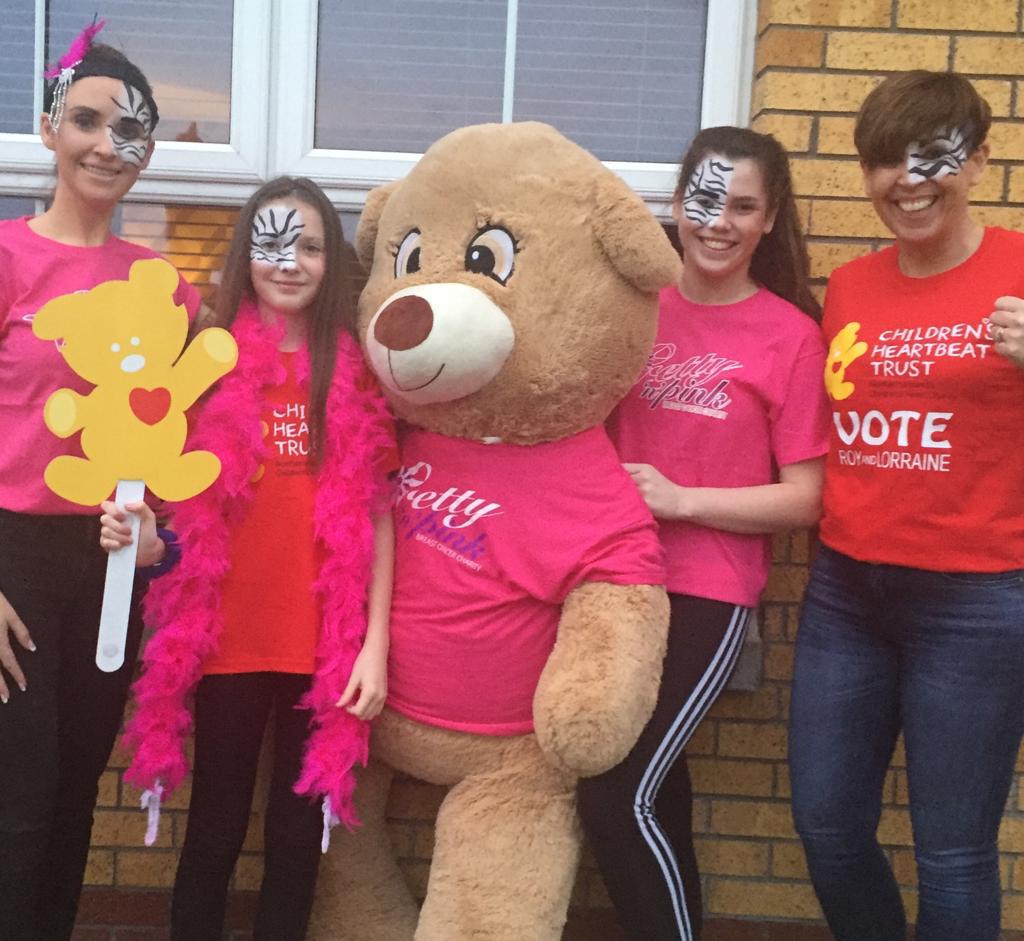 An Armagh woman has been chosen from thousands of entries and is in with the chance of landing the ultimate summer prize.

But Lorraine Stevenson needs your vote to scoop the big one!

A finalist in the Jet2holidays competition, she is in the running to win a weekend in Majorca flying on her very own ‘party plane’ with 99 of her friends and family, complete with celebrity guest Rylan Clark‐Neal.

Lorraine said: “I am just so happy and excited to have made it to the final of the competition.

“Right from the start I have said I want to help people and this is going to help raise funds for a wee boy who has had a very difficult start to his life and my friend who will finish her chemotherapy treatment at the end of March.”

The UK’s second largest tour operator launched its Party Plane competition to celebrate the arrival of its 100th aircraft into its fleet. Jet2holidays colleagues toured the UK calling on party‐goers to get creative and choose their own party theme to enter the competition.

Lorraine’s friend Shauna Cassidy‘s little boy Connor spent his first year in hospital after he was diagnosed with an atrioventricular septal defect. The Children’s Heartbeat Trust provided financial support and counselling to Conor’s family over the last 12 months.

Lorraine’s friend Maria Kelly was diagnosed with breast cancer last October and has recently completed her chemotherapy. Pretty ‘n’ Pink have been supporting Maria, who will be starting radiotherapy and hoping to join the Party Plane with Rylan.

Speaking about her entry, Lorraine said: “We wanted winning to mean something rather than just a party so we decided to raise £5000 with the help of our guests.

“This then would be split equally between two charities that are especially important to me.

“We would really like to win and have the weekend away with Jet2holidays, but more importantly we want to raise the money that will make a difference to both charities in Northern Ireland and the work they do.”

The nine finalists from across the UK were chosen by Rylan himself.

He said: “I was absolutely blown away by the thousands of entries Jet2holidays received. It was really hard to whittle it down to just nine finalists as the standard of entries was so high.

“I would like to say a huge congratulations to Lorraine on making the final and wish her lots of luck. I can’t wait to get on board and join the lucky winner and their friends and family for a weekend of celebrating in sunny Majorca. It’s going to be an unforgettable trip.”

The winning VIP group will jet off from one of the company’s nine UK bases on Friday, April 26, and head to the 4‐star Melia Calvia Beach in Majorca for the weekend, where they will make memories to last a lifetime.

The general public can now vote for Lorraine’s entry by visiting https://partyplane.jet2holidays.com/finalists

Voting will remain open until 6pm on Wednesday, April 3.

The winner will be announced on Thursday,  April 4.

Please take two minutes and give Lorraine your vote!