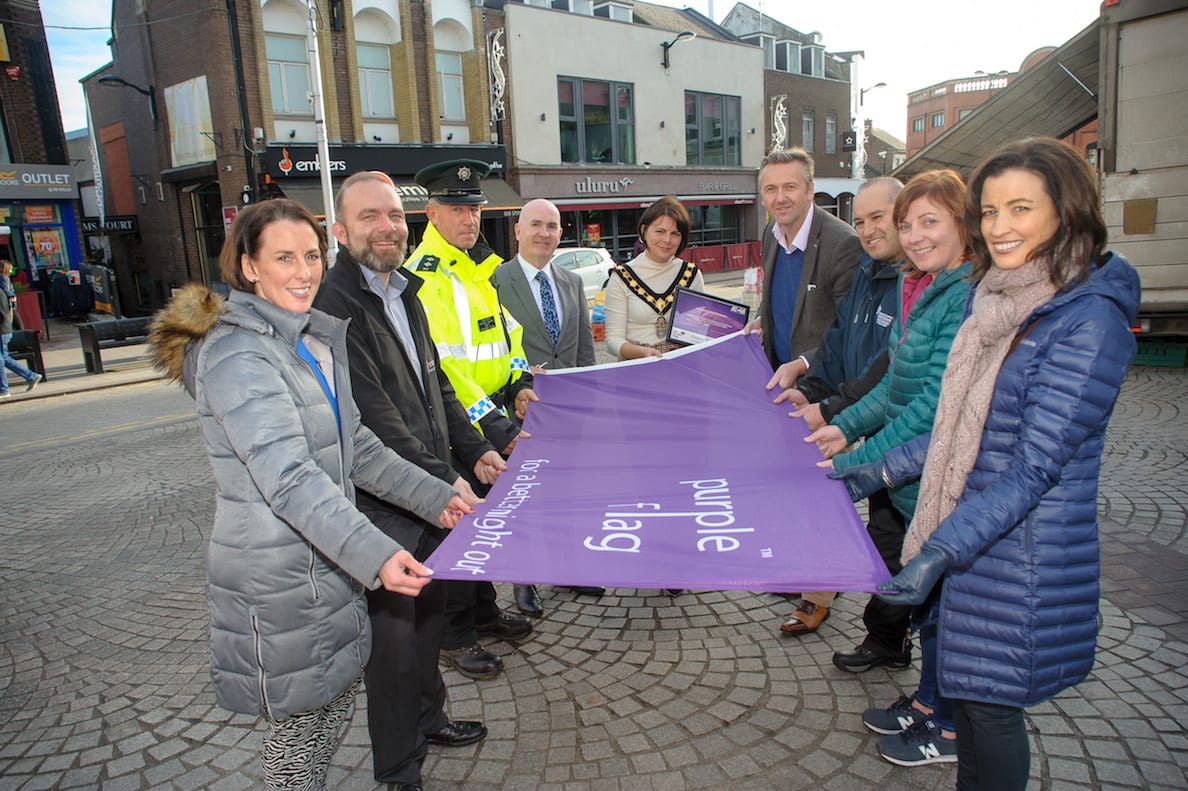 Armagh has received full renewal of the official ‘purple flag’ status, recognising it as a vibrant, well-managed, welcoming and diverse city to visit during the evening.

Purple Flag is recognised across the UK and Ireland as the ‘gold standard’ accreditation scheme for raising city and town centre standards and is widely sought after.

To win Purple Flag status, towns and cities must provide a clean welcoming and safe environment, with a good mix of venues and attractions which are appealing to visitors – not just at night but also during the day.

Retaining this award for Armagh means the city is now one of five locations in Northern Ireland to hold this prestigious accreditation. Derry-Londonderry, Enniskillen, Omagh and Newry are also Purple Flag holders.

Lord Mayor Julie Flaherty said: “Armagh is proud to have retained the Purple Flag status for providing a vibrant and diverse mix of entertainment, culture and dining while promoting and working towards increased safety and wellbeing for locals and visitors.

“Local businesses have worked particularly hard and continue to do their best to maintain this hallmark for how the night-time economy is operated. I would like to congratulate all the businesses and key partners who were involved in securing this nationally-accredited accolade.”

Paul Slevin, Chair of Armagh City Centre Management said: “The Purple Flag has proven to be a catalyst for better partnerships with businesses and provides the intelligence required to make improvements.

“The renewal of this award is testament to the hard work of the local businesses who not only recognise
the importance of working together but for their continued focus to demonstrate Armagh as the city for everyone to enjoy, with great places to visit, eat and drink in, and things to do.”

The city was officially granted renewed Purple Flag status at a ceremony in Chippenham, on Thursday, November 8 after being judged on its mix of venues, ease of access, crime levels and overall safety.

There are now over 70 towns and cities across the UK and Ireland as official Purple Flag holders.