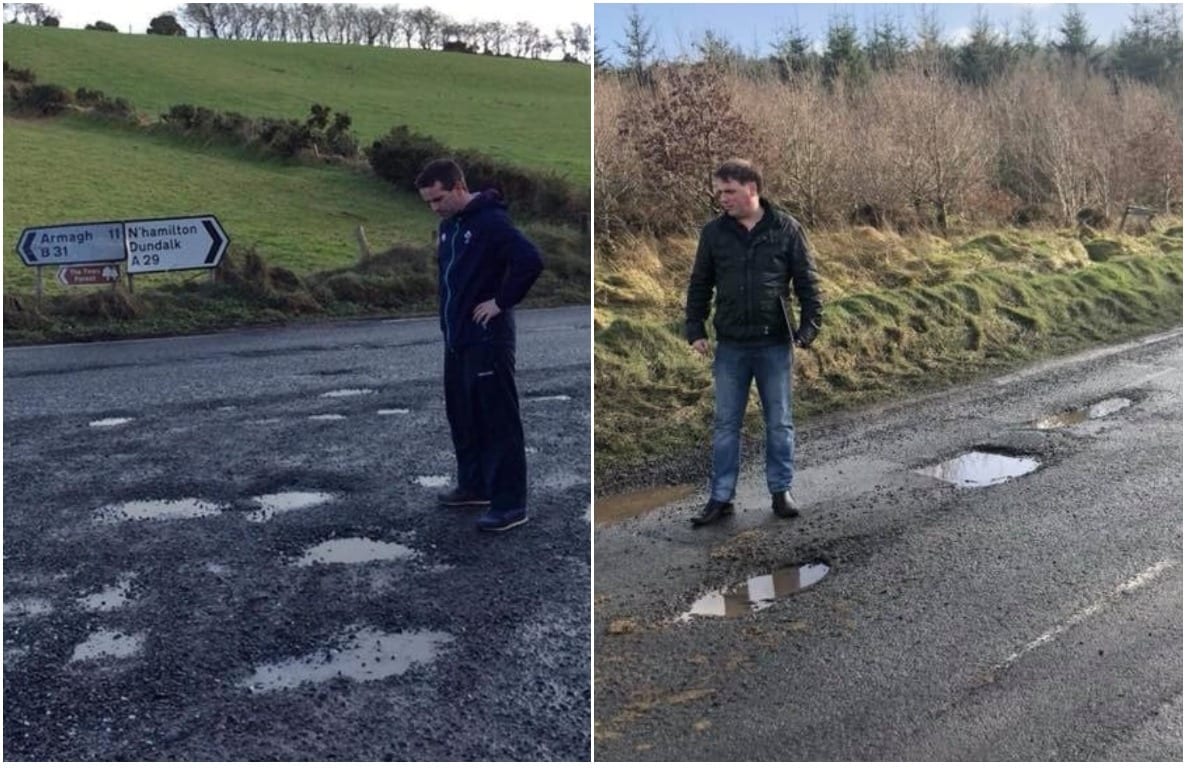 The main Newtownhamilton to Armagh Road has been described as a “death trap” and so bad that two councillors from separate council districts decided to spend a number of hours on it on Saturday afternoon.

Sinn Fein councillors Barra Ó Muirí and Darren McNally wanted to highlight the issue with the B31 Newtownhamilton to Armagh Road and the shocking state it has been allowed to fall into.

Councillor Ó Muirí spoke of the disbelief among local people at the deterioration of the roads network.

“Transport NI tell us that they can’t treat all rural roads due to budgetary constraints and that their priority is on main roads,” said Mr Ó Muirí.

“The B31 from Newtown to Armagh is a main road, with school buses travelling it daily.

“People who have travelled on this road daily for years have said it has never been in as poor condition”.

Councillor McNally added that both he and the Sinn Féin office in Armagh have been inundated with calls about the state of the road.

“It’s not good enough,” he slammed. “I will be meeting with road engineers from Transport NI on Monday, and the B31 will be top of my list.

“In a couple of hours on Saturday, we saw many near misses, people driving into potholes and very frustrated drivers.

“We spoke with several drivers who pulled over to commend us on raising the issue.”

Both Councillors warned people travelling on that road to take care, particularly at the junction of the Keady Road in Newtown, and for half a mile before Hughes’s on the Armagh Road.