Armagh hardware store to be demolished and rebuilt in ‘significant investment’ 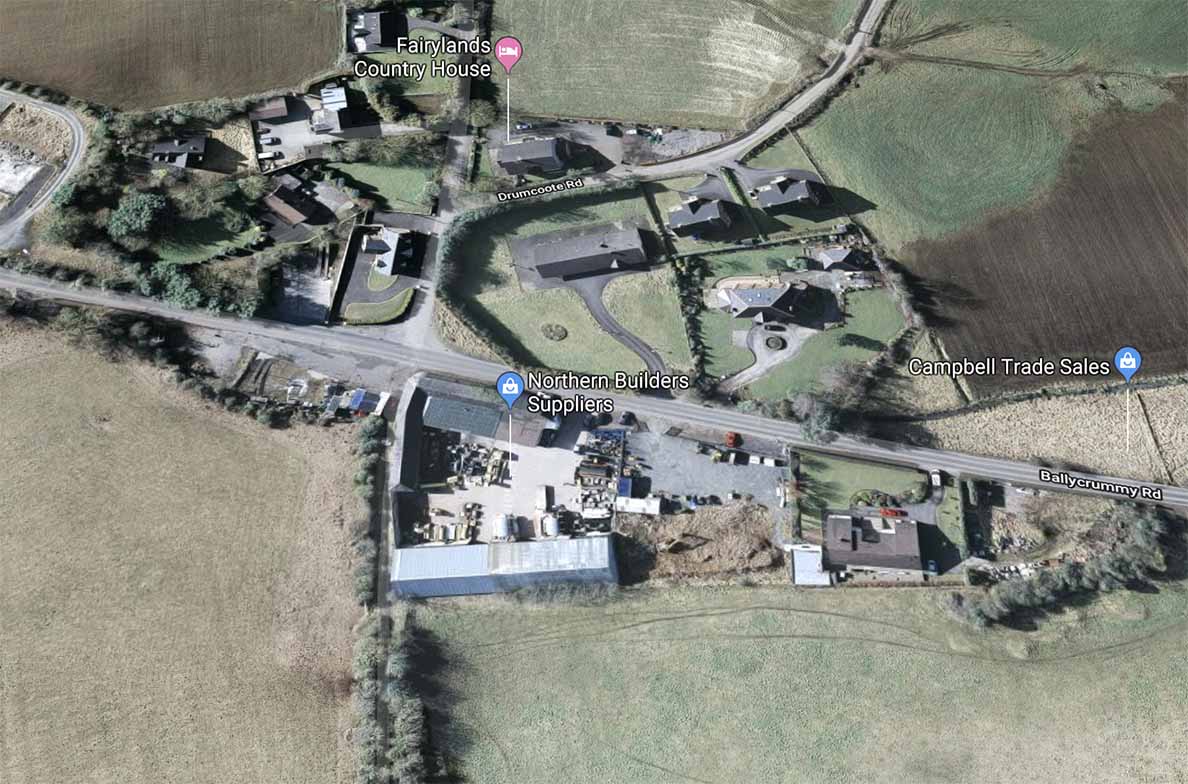 An Armagh city hardware store is to be demolished and rebuilt.

The fabric of Northern Building Supplies Ltd, located at Ballycrummy, has been described as being in a “fairly poor state of repair”.

And planners at Armagh City, Banbridge and Craigavon Borough Council have agreed to allow the work to proceed, having now approved an application.

A supporting statement submitted with the original planning application described the proposed scheme as a “significant investment”.

Work is expected to take up to nine months to complete and six jobs would be created through the construction phase.

It is this ‘L’ shaped structure which would be demolished and rebuilt.

A report from a structural engineer describes an external wall – the original construction of which dates back around 150 years – as having “significant cracks” from ground level to roof.

And given its close proximity to the roadway, it says it is “susceptible to vibrations from passing traffic and given the age of the structure it is more than likely that no foundations exist to the walls”.

The engineer’s report – conducted in June – said then that “removal and re-building of a substantial section of the external wall” might be required.

“As such, it is considered that the design of the replacement hardware store is acceptable.”

According to the original support statement submitted with the application, the business will remain operational throughout the work although there may be some disruption.

The replacement building would be to the rear of the site, facing on to the parking area.

It says the development will secure the existing jobs for the “foreseeable future”.

It points to the fact that part of the existing facility is accessible by stairs, but this has been designed to allow access to all, regardless of age or ability.

The statement says the aim of the proposal was to address “poorly maintained and rundown buildings whilst securing the existing employment on site and increase energy efficiency”.

There were no letter or petitions of objection against the development which has now been formally approved.