'It is a low blow to remove something from a grave. People need to be aware that this type of thing can happen and keep an eye on their own family graves and, where possible, those around them' 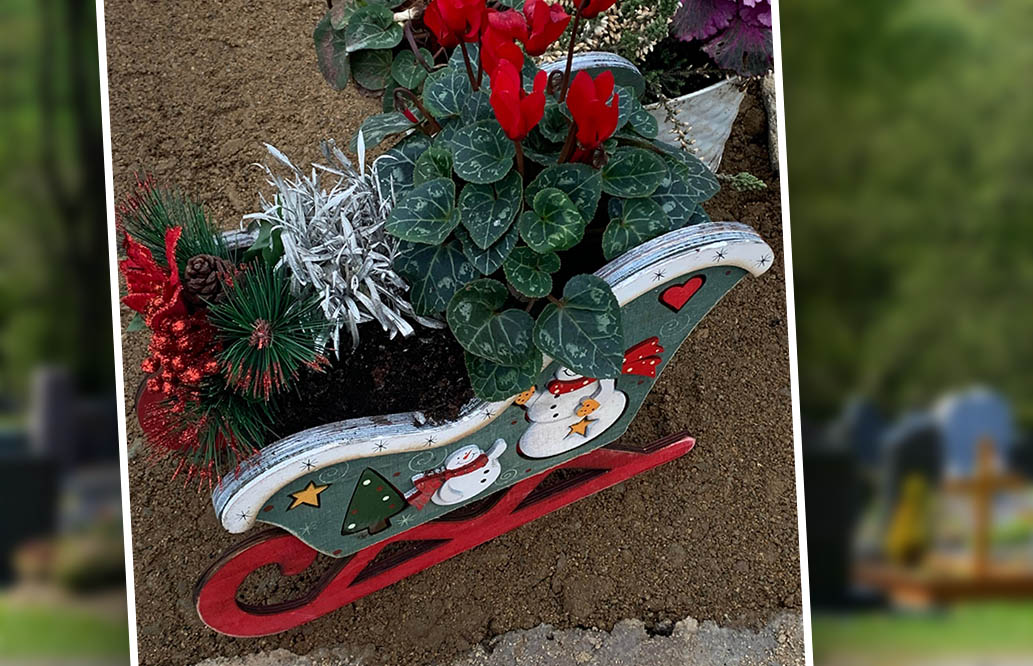 An Armagh family have been left deeply distressed after cruel thieves stole a beautiful festive feature and flowers from the grave of their loved ones.

The theft took place at St Patrick’s Cemetery in Armagh last weekend and the family are now asking for help to find their missing display.

A hand-carved wooden sleigh, painted with a seasonal scene of snowmen and Christmas trees and a red base, had contained a variety of winter flowers.

The arrangement had been put together by the family, and not bought as one piece, so would be quite distinctive.

They are hoping that someone might recognise it and have information on where it is now.

It had been placed on the grave of an Armagh couple within the cemetery last week.

A granddaughter of the couple, who hopes someone can help, told Armagh I : “We put the small wooden sleigh on my grandparents’ grave in Armagh and my aunt called to the grave a few days later to find the sleigh has been stolen.

“It was put on the grave last week and noticed missing on Sunday.

“It was bought and filled separately so no-one would have the same one.

“I’ve heard of items being stolen from graves elsewhere but had not heard of this in Armagh. I don’t know if it has happened to anyone else.

“It is a low blow to remove something from a grave.

“People need to be aware that this type of thing can happen and keep an eye on their own family graves and, where possible, those around them.

“If anyone sees anything suspicious they should report it. It’s a terrible thing to do this at any time of year but even more so at Christmas.”

If anyone has seen the sleigh and floral display, comment below or drop Armagh I a message and we will pass it along to the family.