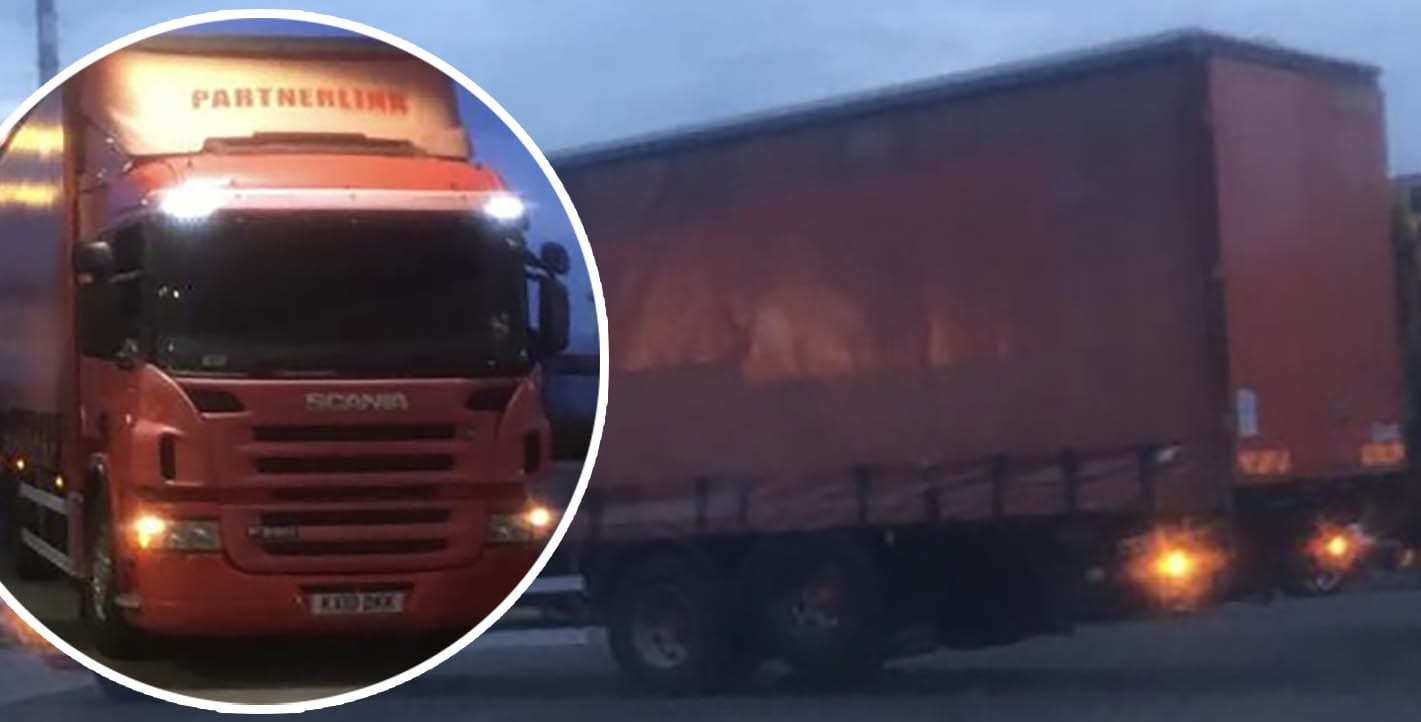 An Armagh businessman has made a public appeal for information after a lorry he bought just 10 days ago was stolen.

The owner of a Scania lorry, which was stolen from premises on the outskirts of the city is offering a cash reward for information, which leads to its recovery.

The vehicle was taken from commercial premises in the early hours of Wednesday morning at around 3.10am.

Speaking to Armagh I, the owner who wished to remain unnamed for business purposes, explained he had sourced and shipped the lorry, which he had only had for 10 days, from England at great cost.

It had been due to have a tracker attached; this had been purchased but had yet to be fixed.

The Red Scania P280 Curtainsider is quite a distinctive looking lorry had not yet been painted by its new owner.

Above the cab on the visor, it reads “Partnerlink” and the curtains, which also bares the same name, has been painted over but is quite obvious.

The registration plate for the lorry is KX10 DKK, however, this may no longer be the case.

If you have any information with regards the whereabouts of the lorry contact Armagh I or police on 101.