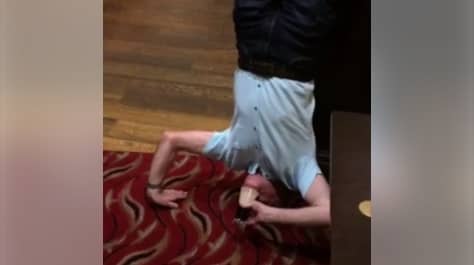 Ahead of their own two night stint later this week American country duo The Bellamy Brothers were enjoying Phil Mac perform live on stage at the Armagh City Hotel tonight (Tuesday).

The brothers were in a packed audience before they headline their own shows on Wednesday and Thursday night.

And they were enjoying themselves, mingling with the good folk of Armagh.

They even wanted to prove to their American following that they knew a man who could drink a pint of Guinness while standing on his head.

And that friend (still unidentified) duly obliged as we can see from the video above.

The Americans loved it! And so did we. It’s possibly the most Irish thing you’ll see in a long time.

To book their show, visit the link by clicking here.