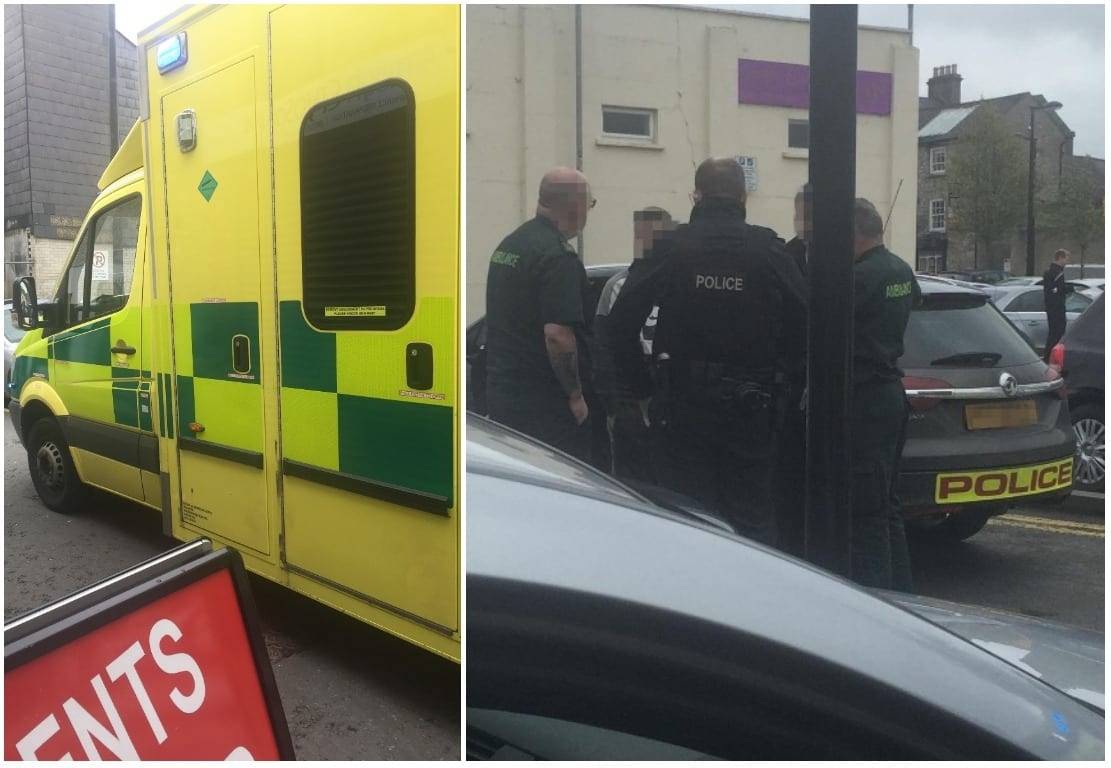 An ambulance has been called for a man found in the back seat of a car in Armagh city centre this afternoon (Thursday).

It is understood the police officers searched a silver Volkswagen Golf – which had been sitting the area for almost a week – and discovered drugs and drug paraphernalia.

Police crews attended the scene on Abbey Lane shortly before 3.30pm, with ambulance called over concerns for the man’s health.

An eye-witness told Armagh I that there was serious concerns for the man’s wellbeing after he woke up in the back seat of the car.

They said officers swooped on the vehicle and discovered several drug-related items before talking to the man, who looked to be in a “bad way”.

Paramedics were on the scene shortly afterwards before the man was transferred from the police car into the back of the ambulance.