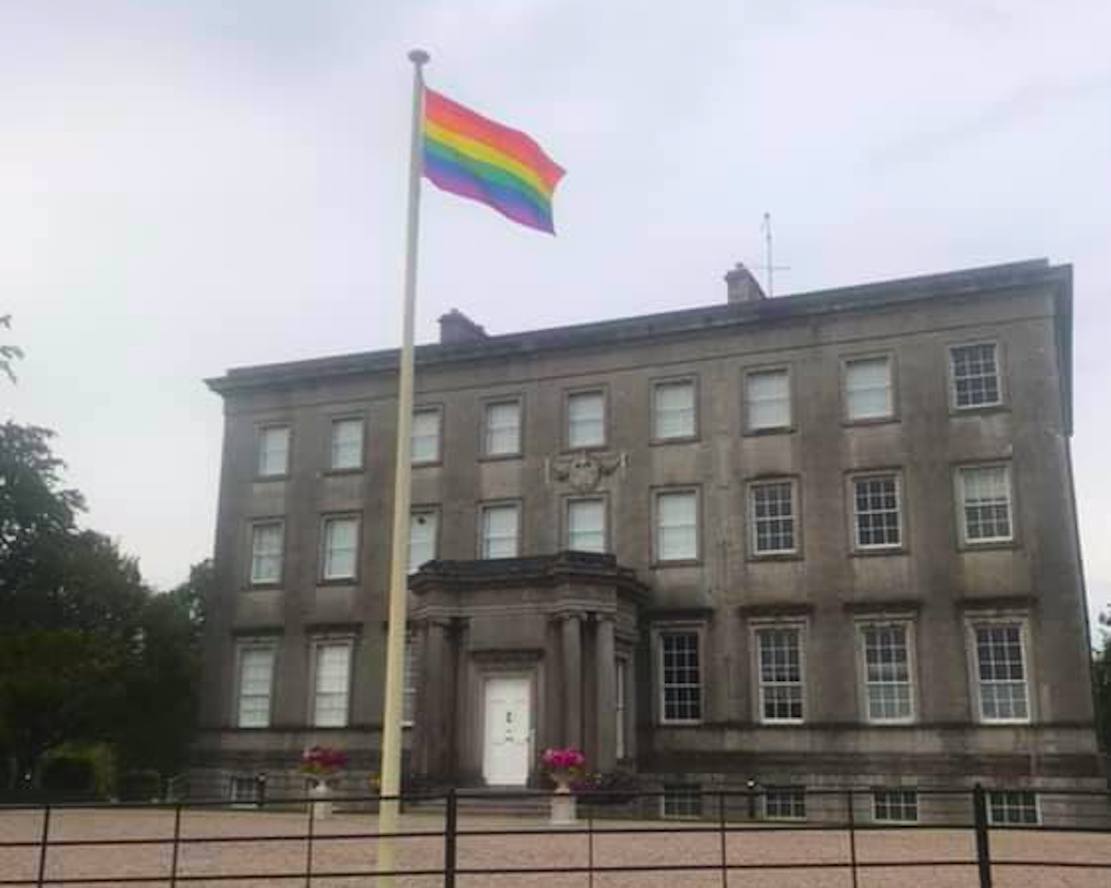 “A little bit of history was made” as the Pride flag was erected at the Palace in Armagh.

SDLP councillor Thomas O’Hanlon, who captured the snap, described it as a little bit of history.

“Shortly after 8am the Pride Flag went up on the Council Offices,” he said.

“This also happened in Banbridge and Craigavon. It’s a small but important gesture by Council the show our support and solidarity for those in the LGBT+ community.

“To those friends, colleagues, council staff and fellow Councillors heading to the Pride Parade in Belfast later enjoy all the celebrations!”

The flag was flown after an Alliance motion was passed at Council in June.

It was passed by just four votes – 21 councillors voting in favour, while 17 voted against.

A Sinn Fein motion to light up buildings on Pride Day was also passed.

However, there will be no official Council representation at the Pride celebrations in Belfast as that was rejected following a vote last month.

A majority of members rejected the motion on cost and “lack of appetite” among councillors, with DUP claiming only four declared an interest in attending.