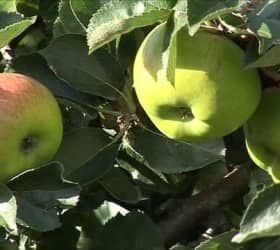 Mark Troughton, director at the family-run apple grower and processor, said: “We are thrilled to have received awards for our AJ Apple Juice and Maddens Mellow Armagh Cider. This was a prestigious event that attracted over 350 entries and showcases product excellence. We are honoured that our products were selected.”

The awards were presented in Dublin by Irish chef, Neven Maguire, and organised by Food and Hospitality Ireland.

Armagh Cider Company says it is the only cider company in Northern Ireland which handles all operations ‘from blossom to bottle’, and the first to produce cider commercially in the area.

It produces a range of ciders and juices using Armagh Bramley apples, which were awarded Protected Geographical Indication (PGI) status by the EU in 2012.

The company has also won medals at the Great Lakes Cider & Perry Competition held in Michigan, and the Royal Bath and West Society Show.

And, on the back of the increased recognition, it has started exporting to Finland and Russia.