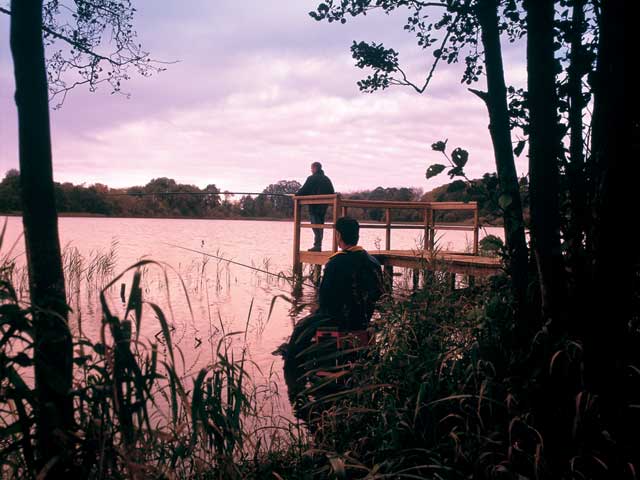 Discussions are to continue with local anglers who are hoping to be granted permission for night time fishing at Loughgall Country Park.

Members of the Northern Ireland Carp Society had contacted Armagh City and District Council to request after-hours access to the facilities.

But that has created all sorts of issues in relation to insurance liability and health and safety.

It also involves permission required from a number of Government agencies.

Over the past number of years there have been a number of enquires in relation to night time fishing, especially in regard to carp fishing.

Last April a few fishermen who used Loughgall Country Park enquired if it would be possible for a group of anglers to have access to the lake for night fishing for carp.

The lease agreement between DARD, as landowners, and council prohibits anyone on site after normal closing hours.

There were also implications in relation to health and safety and how this would be covered with the insurance company used by council.

Clarification was sought from DARD, the research body AFBI – who are based within the Country Park – DCAL, who own the fishing rights, the council’s insurance broker and council health and safety officer.

DARD and AFBI raised concerns that the public could potentially move around freely within the confines of the estate, but were happy to approve if the situation was managed.

DCAL was not opposed to night fishing, as long as the council managed the operation.

The council’s insurance broker, however, raised concerns in relation to access for emergency services, in the event of a night-time accident or incident, lighting for pathways and fishing stands, and the insurance cover provided by those fishing.

As the communication and responses were sent and received, other fishermen – pike anglers – became aware that the possibility of night fishing was being investigated and they too expressed an interest.

A meeting was held on site with the health and safety officer and Country Park manager to look at all issues raised.

It was agreed that the most effective way to manage the activity would be to grant access to one constituted group who, through a formal agreement, would manage the night time fishing operation.

A meeting was held at Loughgall Country Park with the anglers last October, to discuss further details, such as how access would be provided, health and safety issues and, generally, how the process could be managed.

The group provided a draft document, which they had put together for discussion.

The council has been considering the points raised and have agreed that they will continue to discuss the matter in the hope that the request can be granted.