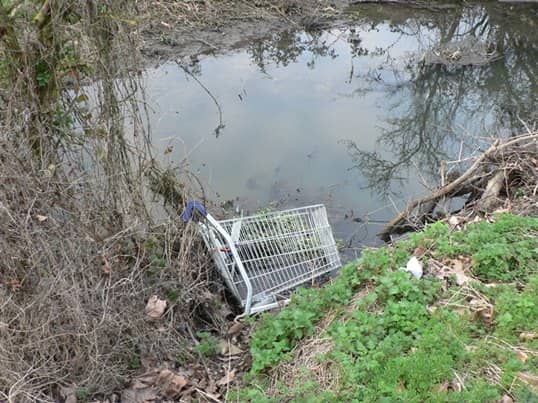 A concerted effort is to be made to try and reverse the trend of decline of local rivers in the Armagh area.

Newry and Armagh MLA Cathal Boylan, speaking after hearing of local anglers’ concerns at a recent meeting, says he intends raising the issue with DRD Minister Danny Kennedy after the Assembly’s summer recess.

The SF representative also told Armagh I he has had confirmation from Rivers Agency of a hand clean-up of the Callan River, between the Killylea Road and Cathedral Road.

“I have recently met with a number of local anglers who voiced their concern in relation to the quality of a number of rivers in the locality,” said Mr Boylan.

“At that meeting they highlighted in particular the extent to which sections of the waterways have become riddled with debris and rubbish.

“Items such as shopping trolleys, bicycles and even traffic signs have been dumped.

“Over the years most parts of the local waterways have suffered a reduction in depth and flow, which has had an adverse effect on fish stocks and created areas of near stagnant water.”

The Assemblyman said it was not that many years ago that Armagh had an “enviable river network”.

“It is important, not just for anglers but for the whole community, to try and reverse this trend of decline,” said Mr Boylan. “Our rivers are an integral aspect of our natural environment and contribute much to the beauty and heritage of this area.”

The local MLA explained he has been in liaison with the Rivers Agency, who have now confirmed that they will undertake a by-hand clean-up operation of a section of the Callan, between the Killylea Road and Cathedral Road.

“This is to be welcomed but more needs to be done. I will meet with senior Rivers Agency representatives in order to discuss further improvement schemes which many feel are vital interventions to improve our river quality,” he said.

“Once the Assembly is back from recess I also hope  to meet at the earliest opportunity with the DRD Minister to discuss this matter and to seek an update on what is currently happening in relation to an ongoing dispute in respect of angling rights for Seagahan, a dispute which I believe has prevented the proper management of fish reserves in the Dam for several months and is now beginning to cause untold damage for the sustainability of fishing there for future generations.”