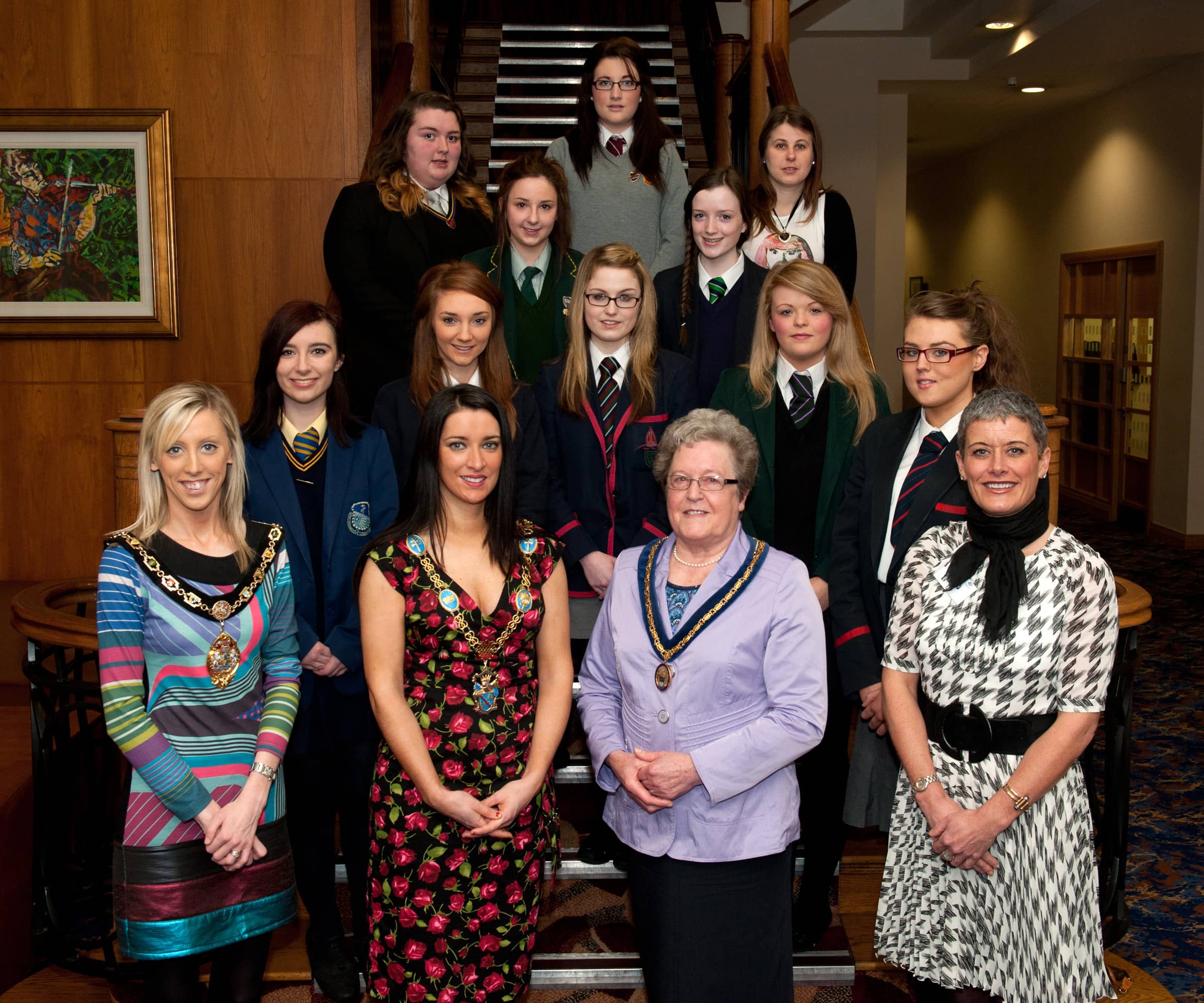 WORK  hard and aim high – that was the message from the speakers at the International Women’s Day event organised by Armagh City, Banbridge and Craigavon Councils.

The event, held at the Armagh City Hotel, had an invited audience of young females between 16 and 18 years from schools across the three council areas. The aim was to inspire the young audience so they could feel that they too could achieve great things.

Opening the event, the Lord Mayor of Armagh, Councillor Sharon Haughey-Grimley, noted how far women had come since the first International Women’s Day, but that there was still a long way to go.

She recounted her own story, of how she had been inspired by the visit of US President Bill Clinton to Northern Ireland in 1995 to become involved in local politics.

This message was echoed by the Mayor of Craigavon, Councillor Carla Lockhart, the youngest Mayor to be elected to that post. Noting that women were still under-represented in politics, she stressed the importance of the younger generation looking forward and becoming involved to bring about real political, economic and social change.

Keynote speaker Hannah Shields held the audience enthralled with her tales of conquering Everest and encounters with polar bears in the Arctic.  Hannah was the first woman from Northern lreland to reach the summit of Everest in May 2007, and was also the first woman from Ireland to ski to the North Pole!

She stressed that, throughout her life, she had never let anyone tell her she could not do something and was not deterred by setbacks.

Although she was very competitive, she told those present:  “As long as I do the best I can, I don’t care if I come last!”

In closing the event, Councillor Elizabeth Ingram, Deputy Chair of Banbridge District Council, recalled how she had entered the world of local government and the satisfaction of being able to effect change.