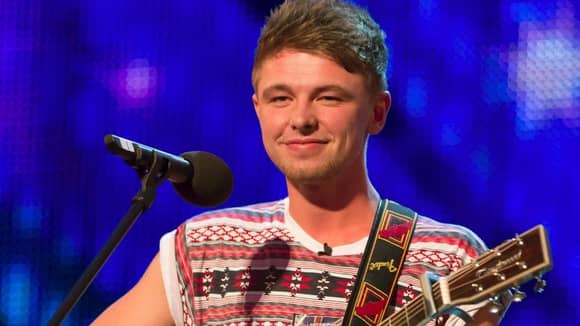 IT’S official – Armagh is to get its first ever open air concert for Hallowe’en, with a fab line-up to write home about!

And Armagh I can reveal the line-up for the show will feature Northern Ireland’s own Britain’s Got Talent finalist Jordan O’Keefe (pictured), from Drumahoe, and Lucy Spraggan, the X Factor finalist who wowed the judges with her comedic ‘Last Night’ but later had to pull out of the hit show through illness.

The Abba Revival Tribute Band, who were voted the Best UK Abba tribute act this year, are also on the bill, as are the American country roots influenced The Nooks, who hail from Carlingford.

The concert will be held in the Market Square in Armagh on Tuesday, October 29, from 6.30pm.

And it will culminate in a fantastic fireworks display at 9.30pm.

Admission is absolutely free and no tickets are required.

There will also be spot prizes for fancy dress.

The idea for the gig first came through a suggestion at a local democracy event in the city last year. From this idea, young peer leaders, who had been involved in various good relations programmes delivered by Armagh City and District Council, came together and worked tirelessly to ensure this great event, which is supported by Peace III Future Foundations.