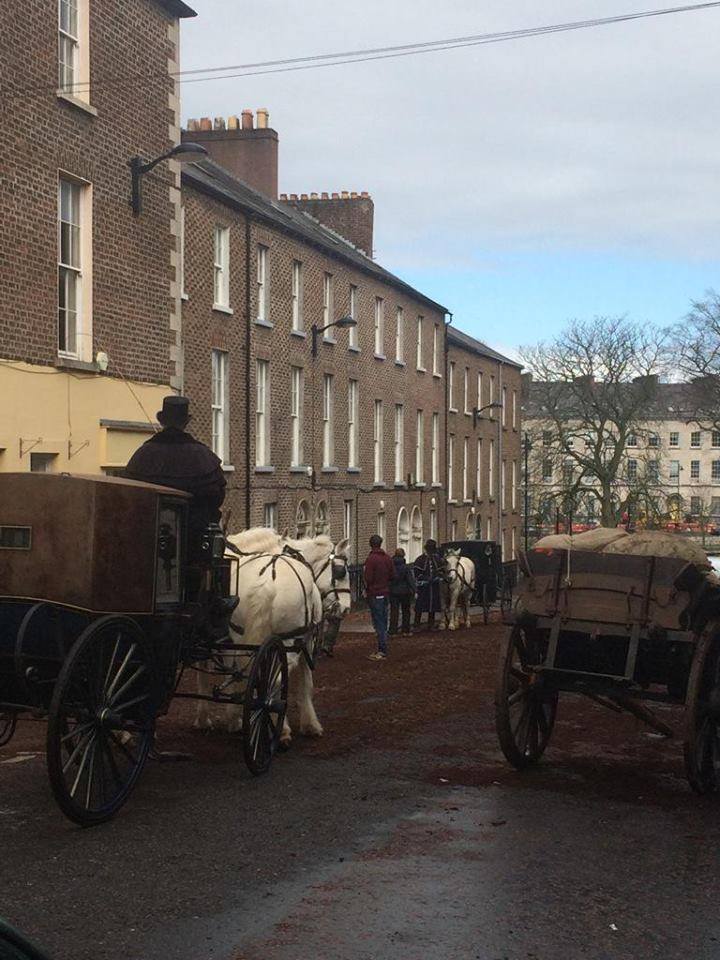 It looks like ‘The Frankenstein Chronicles’ – much of which was filmed in Armagh in the spring – is set for global release!

The reimagining of Mary Shelley’s Gothic horror novel – starring Hollywood star Sean Bean – was filmed on location largely in the city; Vicars Hill, the Armagh Courthouse, Armagh Gaol and Gosford Forest Park were among the ideal backdrops for the six-part series.

Who can forget Russell Street, as the picture shows, being transferred back in time to reflect the period crime drama’s needs. Our beautiful buildings will now be seen around the world, as it has just been acquired by the French pay TV Canal+ from Endemol Shine International.

Shooting started in Belfast in January before moving on to Armagh.

The series – consisting of six one hour episodes – was produced by Rainmark Films with Northern Ireland Screen providing funding.

The ITV commissioned series is now in post-production, it has been confirmed. Today it has been confirmed Canal+ have signed on.

And it looks like it is going to grab some huge global attention.

She told Variety, the USA’s best-selling weekly entertainment trade magazine: “The Frankenstein Chronicles is a highly anticipated series and we are thrilled that Canal+ has come onboard as our broadcast partners in France.

“With a stellar cast and outstanding creatives we are sure that the series is going to be a big hit with audiences around the world.”

It is expected to be shown here in the autumn.