This is an exciting and unique event which includes music, imagery and conversation. 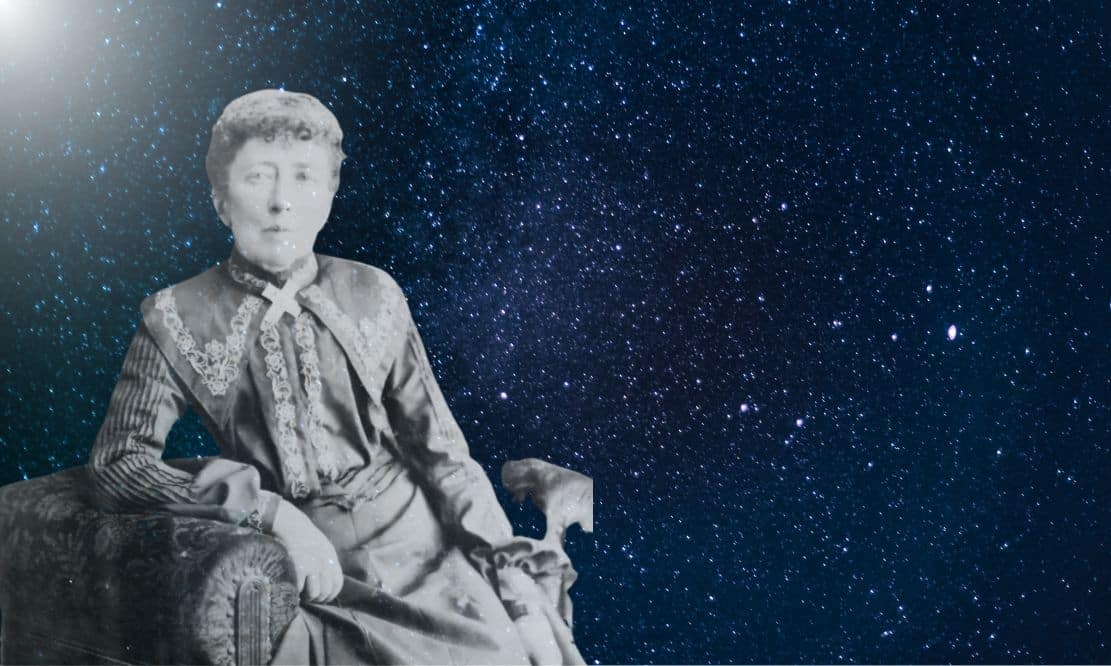 The life and work of pioneering female Irish astronomer and scientist, Agnes Clerke is brought to life by Jessie Kennedy and the Celestial Strings under a stunning canopy of shining stars projected overhead on the Planetarium’s dome screen.

It combines specially-composed pieces with music which Clerke herself would have played and enjoyed. These include Bach and Beethoven, as well as traditional Irish melodies. All the musicians live and work in West Cork.

The concert will also include short talks on Women in Astronomy by AOP’s Dr. Erin Higgins and on Agnes Clerke herself by historian and West Cork History Festival founder Victoria Kingston.

Jessie Kennedy (violin, vocals) is a multi-instrumentalist, vocalist and writer who is particularly inspired by historical figures and has had a long-standing collaboration with the West Cork History Festival.

Agnes Clerke (1842-1907), was born in Skibbereen in West Cork. She came from a middle-class family in Skibbereen and grew up during the worst years of the Famine. She was home-schooled along with her sister Ellen and their brother Aubrey.

Agnes travelled to Italy and settled in London, where she and her siblings lived together, studying & writing. Agnes’ interest in astronomy developed at an early age, encouraged by her father.

Her real skill was in interpreting astronomy, and science more broadly, to non-specialists. She did this through articles and two particular books A Popular History of Astronomy (1885) and The System of the Stars (1890).