St Patrick’s Festival: The Story of Patrick and Daire 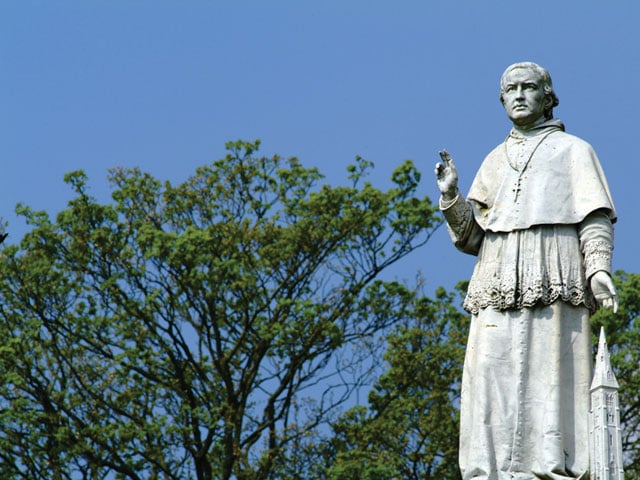 To celebrate St. Patrick’s Day, the Navan Centre & Fort’s living history department will be launching an online performance and associated quiz via their social media channels, with three family passes to the Navan Centre to be won!

This dramatisation will explore Patrick’s early life and his later negotiations with Daire, the local chieftain, as he looked for a site for his first church in the area.

By the fifth century AD the great druid temple at Emain Macha would have been long gone, but the aura of spirituality and the Ulster chieftains, whose seat of power this had long been, would remain.

Discover how important Patrick would have considered the benefits of continuity in his bid to convert the local people from their druid roots towards Christianity.

This event will be available to view, free of charge through Visit Armagh Youtube and social media channels

Lighting Up for St Patrick

St Patrick’s Cathedrals. Our magnificent Cathedrals will be lit up to commemorate our patron saint, the bringer of light.

All events are free of charge, however some do require registration in advance.