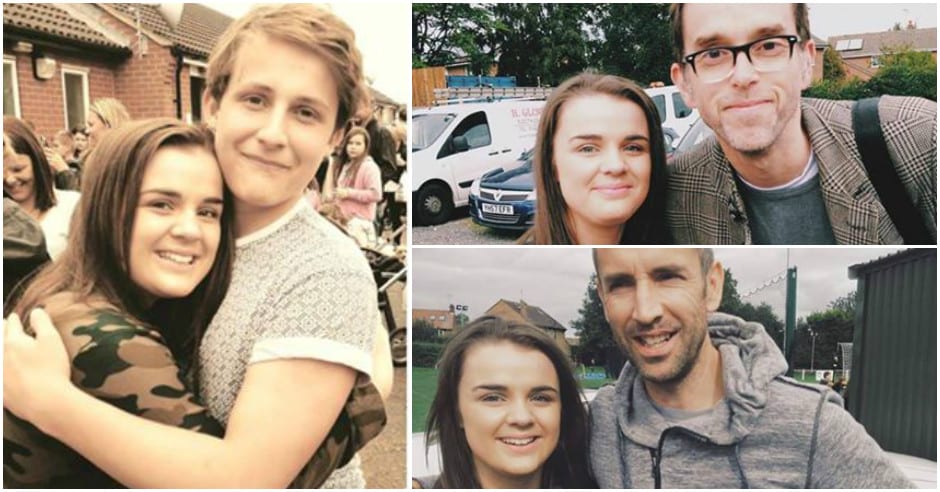 A Keady schoolgirl has had her dream come true after getting to rub shoulders with the stars of her favourite TV show.

Fifteen-year-old Summer Long is a massive fan of the hit ITV soap Emmerdale.

And when the drama reached breaking point this week on the prime time show, Summer was able to compile her own footage.

As viewers watched villagers prepare for the funeral of James Barton and wondering if Ashley would spill Emma’s secret, the Keady schoolgirl was more in the know than most.

She got to meet and greet the stars, including Marlon, Sam and her favourite, Lachlan White.

And she spent hours putting together and producing her own video of the big storylines.

Mum Sharon, speaking to Armagh I, said: “Summer is a big Emmerdale fan, so much so we even flew her over to meet the cast.

“She’s always been a big fan, so when she heard the cast were taking part in a charity football match she just had to get going to meet her favourite cast member Tom Atkinson, who plays Lachlan White, and the fellow cast members.

“Summer and her dad flew over for the day and waited outside the venue from 8am that morning- as the staff knew she had flown all the way over just to see the cast they let her in to the venue early to meet the cast members and have a chat.”

She added: “Last week was special dramatic episodes where the viewers were kept in suspense as to who would be killed off so Summer sat and put together, clip by clip, in perfect sequence, the YouTube video telling the story.

“She self taught video editing and plans to one day star in Emerdale in the not too distant future herself!”

Check out the video below.