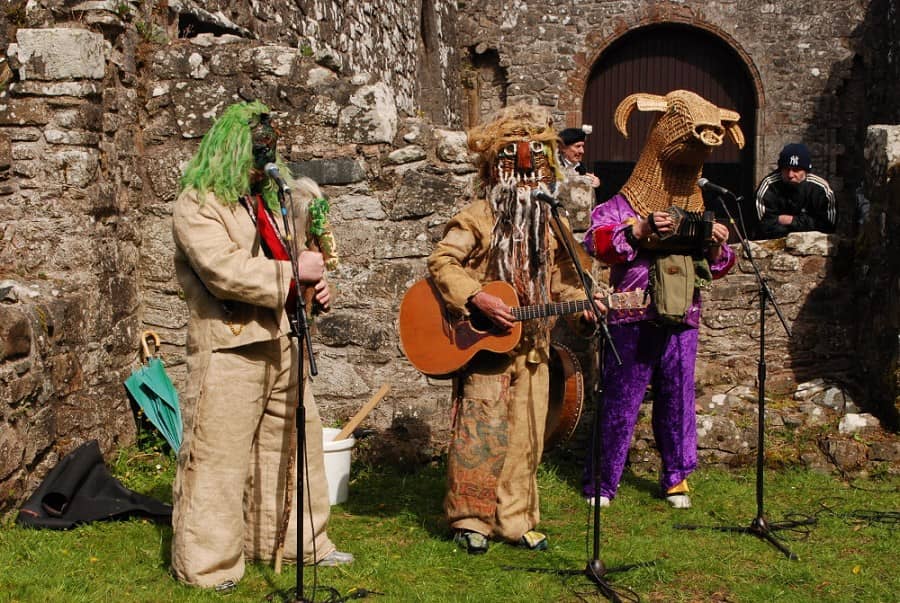 ARMAGH Rhymers have just completed their sixth set at the world’s most iconic music festival – Glastonbury.

As today (Sunday) marks the end of the big gig for 2013, the Armagh Rhymers have made history and put County Armagh on the map for all the right reasons.

Two shows on Friday, two Saturday and now two just completed on Sunday, it saw the Rhymers feature at both the Summer House and the Gateway Riser, where they wrapped up this afternoon as the curtain is set to come down.

With performances already from the likes of the timeless Rolling Stones, country legend Kenny Rogers and Mumford and Sons due to bring it all to a close tonight, it has been a remarkable journey for the Rhymers.

The Armagh Rhymers wear hessian and straw on their bodies, with animal masks on their heads. Their stories, songs and dances hark back to a house-visiting tradition.

Dara Vallely, an original member of the troupe, said he and his fellow performers were “amazed” when they learned of their starring role.

But it is not the first time the group had performed at Worthy Farm. They have played Glastonbury three times before, the last being in the 1980s.

And it goes without saying – you’ve done us proud boys!