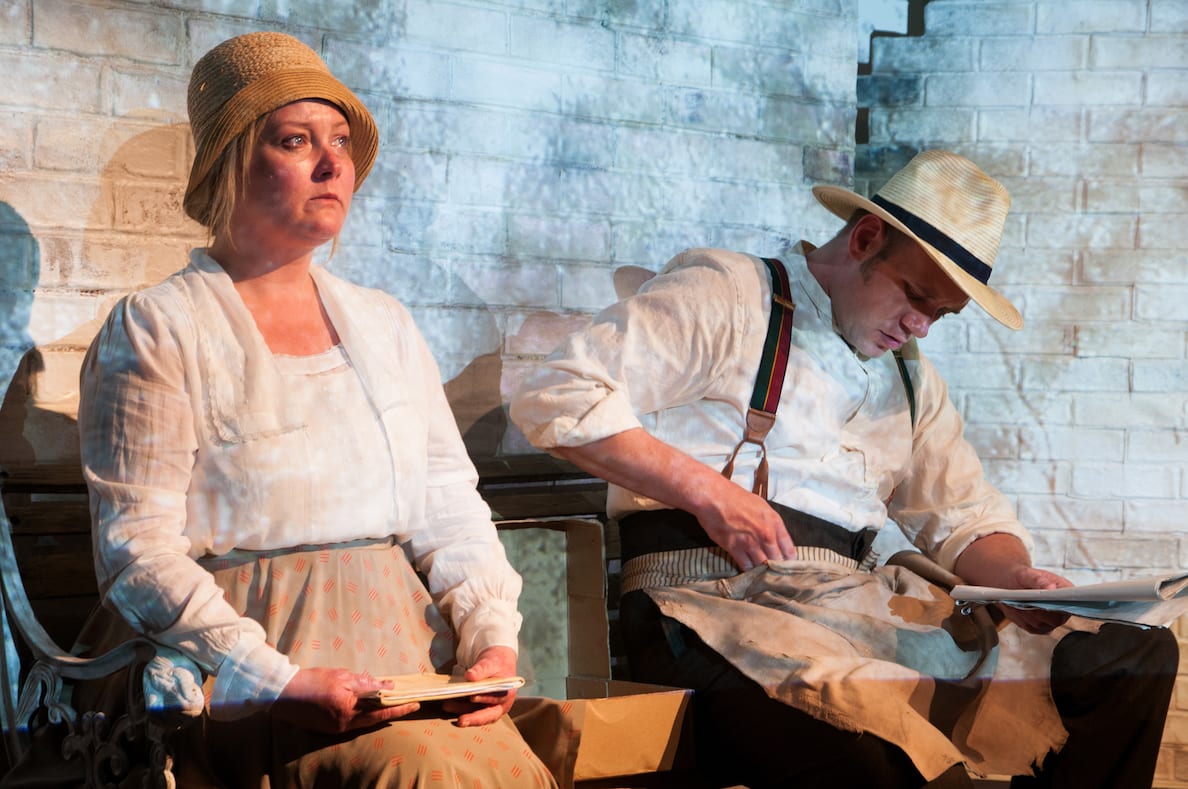 Kabosh presents The Box, a new play by Carlo Gébler, which brings to life the archive of Olive Swanzy, a nurse from Newry who served during WWI.

The Box reveals the incredible story of Olive Swanzy, a nurse from Co. Down who served during World War I.

During her time in service, whilst caring for those who were on the front lines of battle, Olive kept autograph books that documented her time and those she encountered.

For years these books lay forgotten in storage, hidden in a box in an attic in Rostrevor.

When they were finally unearthed their secrets were revealed. Within their covers were poems, jokes, comments, cartoons and sketches by wounded soldiers in Olive’s care.

Alongside her own beautiful paintings, these books tell a fascinating story of very real people during extraordinary times.

Kabosh Artistic Director, Paula McFetridge says: “To uncover an archive like that of Olive Swanzy’s is a once in a lifetime find. To have someone share that with you is emotionally affirming.

“To be able to create theatre that tells the story of an incredible woman in extraordinary circumstances is an absolute pleasure. The Box gives an insight into the lives of real men and women whose lives were changed utterly.”

Watch as The Box comes to life and tells the story of the men and women who placed their thoughts, hopes and dreams in the care of Olive’s autograph books.

Playwright of The Box, Carlo Gébler said: “The Box is a short play about two veterans of the First World War, both Irish, Jeremiah, a British Army soldier and Olive, a nurse.

“The play explores the unexpected ways both were touched and crushed by the conflict, and the common cause they make post-war to help each other to manage their trauma.

“Theirs is the solidarity of the maimed: it is far from perfect but in the aftermath of a war, when it is the only kind going, each must take what the other has to offer and make do with that because there is nothing else available. As any veteran will tell you, in the absence of what you want, you take what you are given.”

Originally produced in partnership with Creative Centenaries, Kabosh is delighted to be remounting this performance for the final time.

The Box, written by Carlo Gȇbler, is a poignant multi-artfrom production directed by Paula McFetridge and featuring Gerard Jordan and Maria Connolly.

Performances will be followed by a post-show discussion.