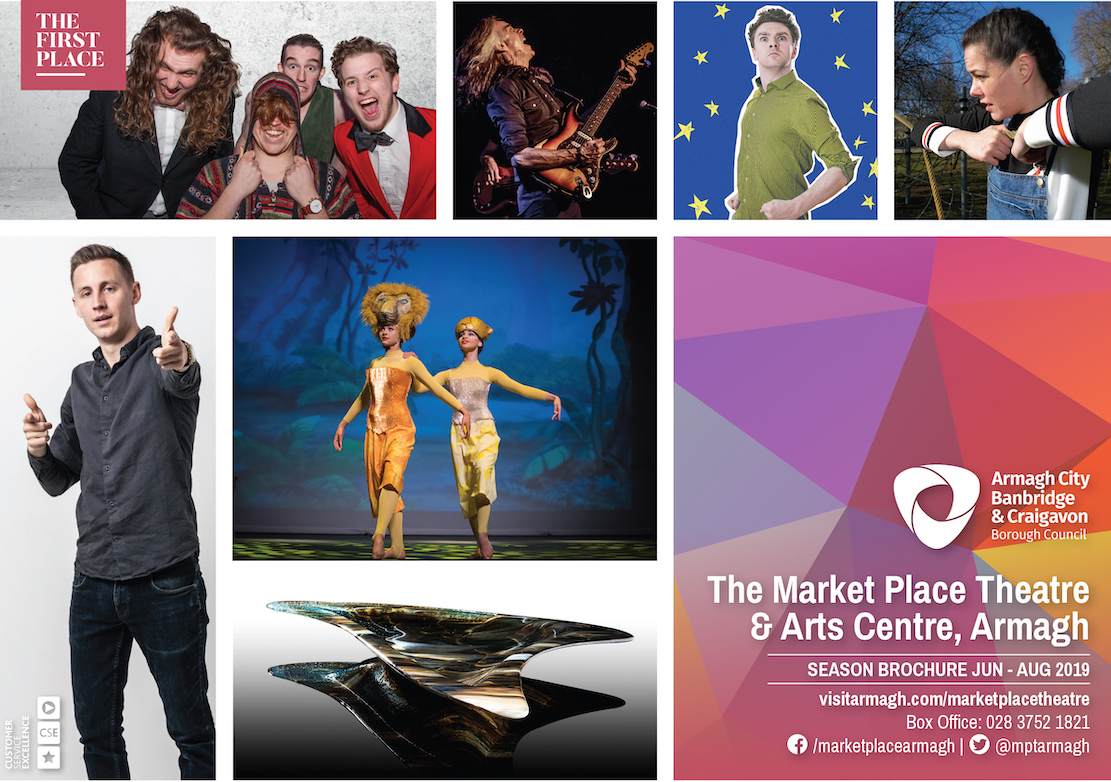 The Market Place Theatre in Armagh is the place to be this summer as it launches its June to August programme crammed full of light-hearted comedy and drama, chilled out musical performances, entertainment for the little ones, and not to mention the now annual John Hewitt Summer School.

Here’s just an outline of what you can look forward to during those long summer evenings.

Critically acclaimed as one of the world’s greatest tribute shows, ‘Simon & Garfunkel Through The Years’ returns with an all new production.

Featuring a full live band, moving video footage and stunning vocal harmonies, this spectacular concert takes audiences on a journey through the songs and history of Simon and Garfunkel.

June will see a REAL rip-roaring comedy packed with characters that you’ll know and love brought to you by the most successful comedy team in Norn Iron.

Housewives from every walk of life are flung together in this unique Norn Iron comedy.

The laughter continues on 22 June when after another year of travelling the world, Micky Bartlett returns to his home county.

Having moved in with his ma at the ripe old age of 32, Micky tells us exactly why people from Northern Ireland should just stay where we are.

In typical Bartlett fashion, you’re going to hear some things that most people wouldn’t tell a psychiatrist.

Fans of film will be well catered for with award-winning titles including ‘Carol’, ‘Mr Smith Goes To Washington’ and ‘Ray’.

So sit back and relax in the comfort of our Studio Theatre, and immerse yourself in a world of action, adventure, drama and romance.

Wedding fever is gripping the Galbraith household. Myra, daughter of football fanatic Alec, is due to marry canny countryman Dennis Hall. His farmer parents come to town to meet their prospective in-laws and, as if this was not enough, American relations descend on the household.

Then at the end of August you can revisit Ireland in the 1960’s in the company of the legendary Miami Showband and all their fantastic hits? Told through the eyes of two best friends and Miami songwriters, Fran O‘Toole and Des Lee, The Miami weaves us through the amazing roller coaster story of the iconic showband. You’ll laugh, you’ll cry, you’ll want to dance, but above all, you’ll have an amazing night out.

Add to all this a range of interactive workshops and stunning visual art exhibitions, and The Market Place is sure to add the shine to your Summer.

For details of all events can be found online at www.visitarmagh.com/marketplacetheatre and tickets for can be booked by contacting the Box Office on [028] 3752 1821.