New play looks at how young people get Swamped 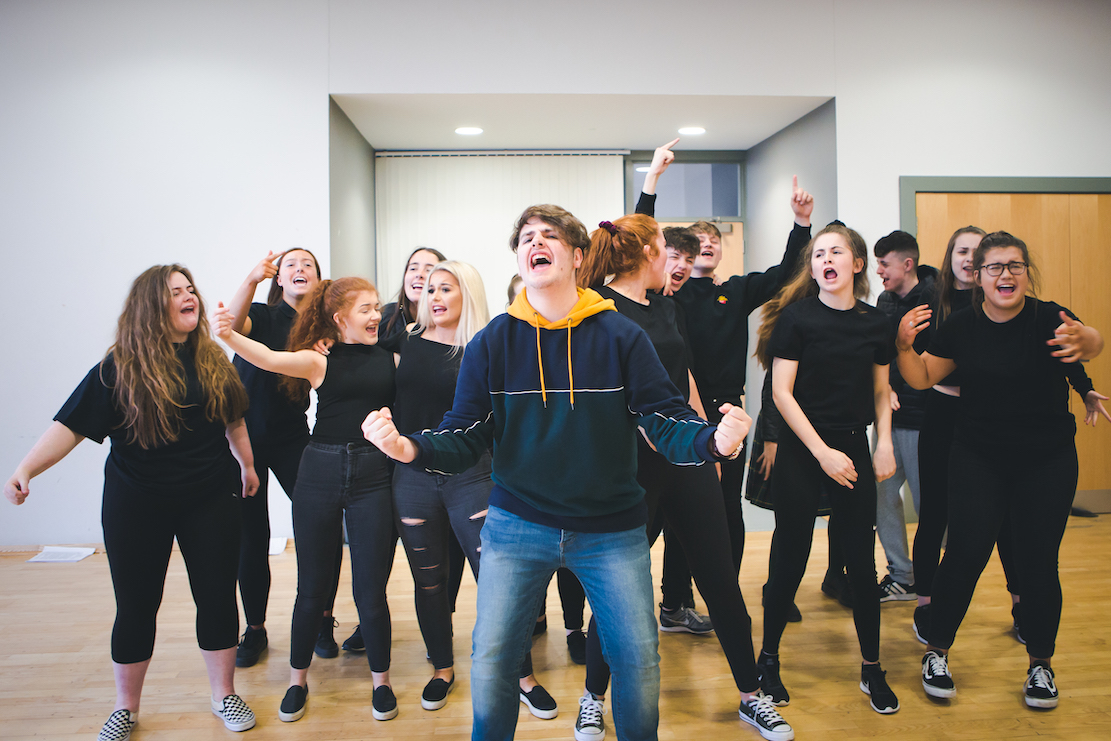 A group of young people from across the Craigavon borough are set to highlight the challenges of mental health and suicide through a new play.

Swamped, written and directed by Portadown’s Pamela Cassells-Totton and featuring original music from well-known composer Mark Dougherty, delves into the many issues that today’s teenagers face and will be performed at the Market Place Theatre in Armagh on May 4.

However, the play, which will be performed by young people aged between 13-18 years old from Lurgan, Portadown and Craigavon, also aims to show that there is hope and a way out for teenagers.

“Swamped will look at the realities of what our young people are up against and the challenges that they face in today’s society,” explained Pam.

“In the show we look at the lives of three different characters and explore the very real issues that they face. Their stories open us up to the dangers of alcohol and drugs, the world of anxiety and panic disorder, and the deep-rooted need for acceptance.

“The stark reality is that so many of our young people have died by suicide because of issues like this. Swamped will address all of this in an honest manner, but the overall message at the end will be one of hope and we trust that everyone can take something positive away from the piece.”

The inspiration for the play came from working with young people at PCSP – a school of performing arts that includes speech, drama and dance. The young people taking part also had an opportunity to put forward their own experiences.

Pam added: “We held a number of workshops and encouraged our young people to speak honestly about life. It was a humbling experience but it showed them all the importance of talking about your problems.

“All of this has helped to shape the play but it also made me realise just how important it is to show that everyone has issues and challenges but that, ultimately, you can be in control of your own thoughts and emotions, you can train your mind to think differently and see things through a different lens. We hope that the performance will encourage people to talk and seek the help they need.”

Swamped will focus on three main characters – a young woman suffering from anxiety and a lack of confidence; a young man who is gay but is masking his feelings to protect his family and a young guy who, on the outside, has no sign of a struggle but simply can’t articulate what’s wrong with him.

Touching on the influence of alcohol, drugs, social media and image, Swamped is set to be as insightful as Pam’s last major play, The Current, that also looked into equalling challenging issues and was praised by the PSNI, health agencies and politicians and was performed at local schools in the area.

Swamped will be performed at the Market Place Theatre in Armagh on May 4 with showings at 2pm, 5pm and 7pm. For more information on tickets, visit the Marketplace Box Office at www.visitarmagh.com/marketplacetheatre