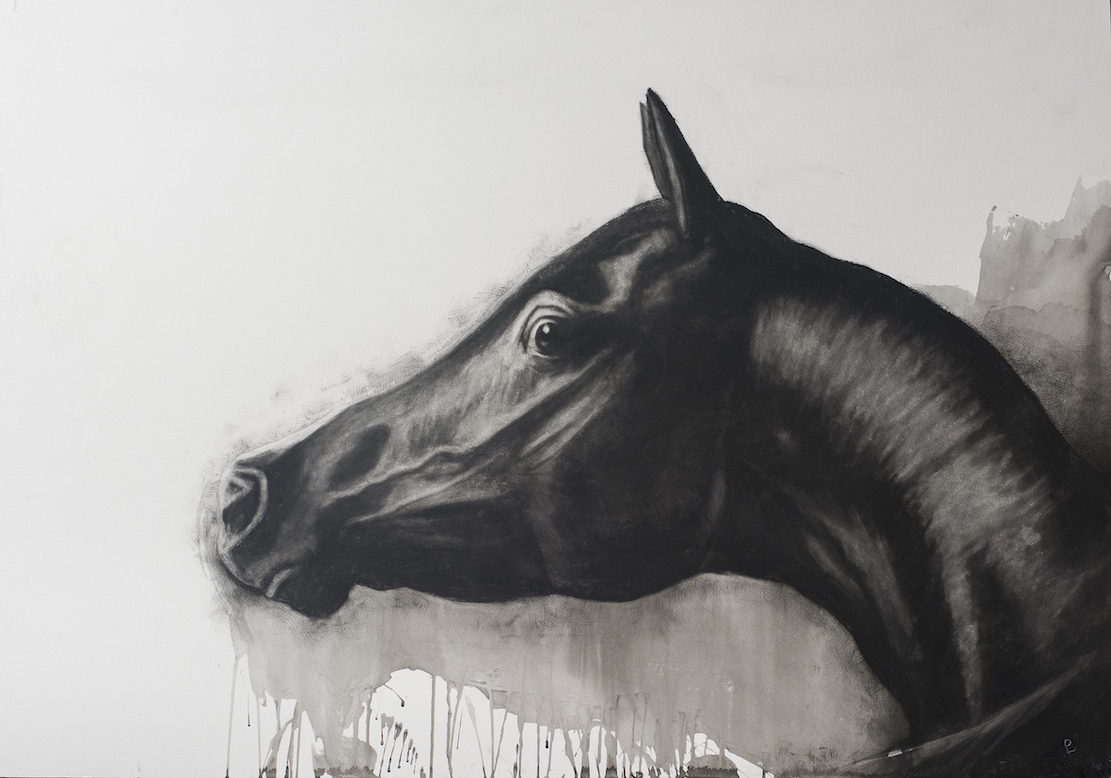 The John Hewitt Summer School is back at The Market Place Theatre in Armagh, and as ever, will feature stunning and accessible visual art.

O’Doherty, who lived in India for four years in the 1970’s, returned for the first time in January this year as a Major Artist funded by the Arts Council of Northern Ireland.

His main project was to research a book, but he took cameras with him and brought back striking images of people and places. These include scenes from the cremation grounds at the Ganges, a market place in Kolkata and portraits of people he met at random.

Malachi O’Doherty is better known as a writer and broadcaster. His eighth book will be published this summer, ‘Fifty Years On’, a reflection on change in Northern Ireland since the start of the Troubles.

O’Doherty says: “I have always had cameras with me but there is that demarcation in journalism that writing is one job and taking the pictures is another, and there is a lot of sense to that.”

He brought cameras with him when, in January, he went back to Brij Ghat, a pilgrim town on the Ganges. “I walked along the Ganges and saw the cremation fires.

First I photographed them a bit sneakily then walked closer and one family invited me to take pictures of the body being prepared, a woman. Her hands and bangles were exposed, and they spread incense over her and then piled grasses and logs on top of her and, after prayers, set her alight.”

Malachi says he isn’t seeking to tell any particular story about India.

“I just responded to what struck me. In one series of pictures of Sikh men in the Punjab I just saw this man with a rugged face and turban and thought he could be from any century at all and I asked him if I could take his picture and he stood there and let me do it.”

In Kolkata he walked through the fish market and photographed beggars, workmen and basically anybody who caught his eye.

He added: “I am not saying this is a statement about India. I make my statements in words. Photography for me is not my assertion about anything, it is my response.”

The exhibition, ‘India: Faces and Scenes’, is launched on Wednesday 24 July at 4.45pm by Lord Diljit Rana, MBE, Baron of Malone, who is one of the ‘faces’.

The exhibition continues at The Market Place until Saturday 7 September, giving ample opportunity to view these stunning photographs.

The second exhibition of the Summer School, is the superb ‘Blood Horses’.

Artist Paddy Lennon from Wexford and poet Moyra Donaldson from Co Down both have horses in their blood. The exhibition and limited edition book, ‘Blood Horses’, is the result of their collaboration, and reflects not only both artists’ mastery of their medium, but also their lifelong experience with all things equine.

Lennon’s paintings combine with Donaldson’s poetry to evoke the history of our human relationship with horses.

Central to the book is the story of the three Arab stallions that were the founding fathers of the modern thoroughbred, The Byerley Turk, The Darley Arabian and the Godolphin Barb. All three stallions have fascinating stories and the Byerley Turk has Irish connections, winning at Downpatrick Races before being ridden at the Battle of the Boyne by his owner, Captain Robert Byerley.

The paintings and poems also reflect the influence that horses have in the lives of those who work with them and ride them – the glories and tragedies of this relationship.