Derek has won countless accolades including Entertainer of the Year, Album of the Year and Best Live Performer. 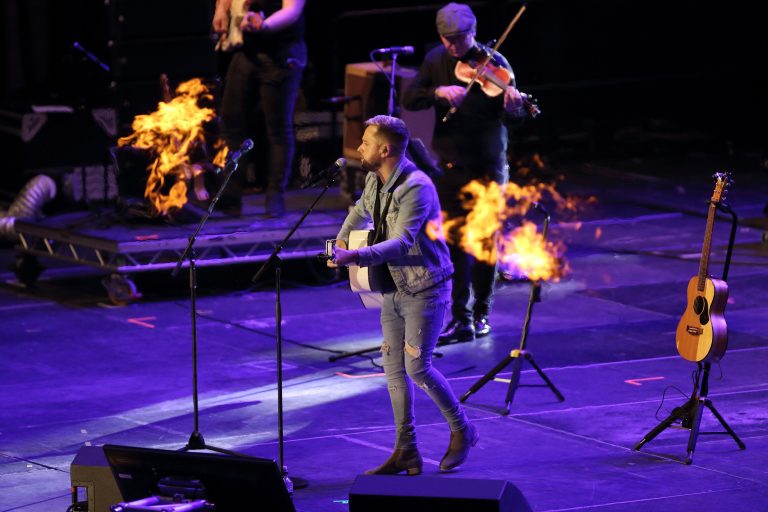 From the age of twelve Irish Country Music superstar Derek had showbiz aspirations in his DNA. From his first foray into the music scene performing regularly at socials with his brother Adrian as the Ryan Brothers right through to a pop career with an international band he has now become one of today’s biggest Irish Country artists.

The irish country sensation’s road to stardom is set to continue with his biggest concert tour yet. Following two sold out shows at The Market Place as part of the phenomenal HITS tour, Derek makes a welcome return to Armagh this February.

Derek and his fantastic band (now rated as Ireland’s leading country band) are back on the road to perform brand new material from Derek’s new album along with the classic hits from his back catalogue such as; ‘Hold On To Your Hat’ ‘Down On Your Uppers’ and ‘God’s Plan’.

Continuing to propel to new heights, Derek has firmly cemented his position at the top table of Irish Country’s elite, with his brand of original, self-penned material and country classics. The Carlow man is a multi-recipient of awards for his performances and songwriting, including numerous Sunday World accolades for ‘Album of the Year’ and ‘Songwriter of the Year.