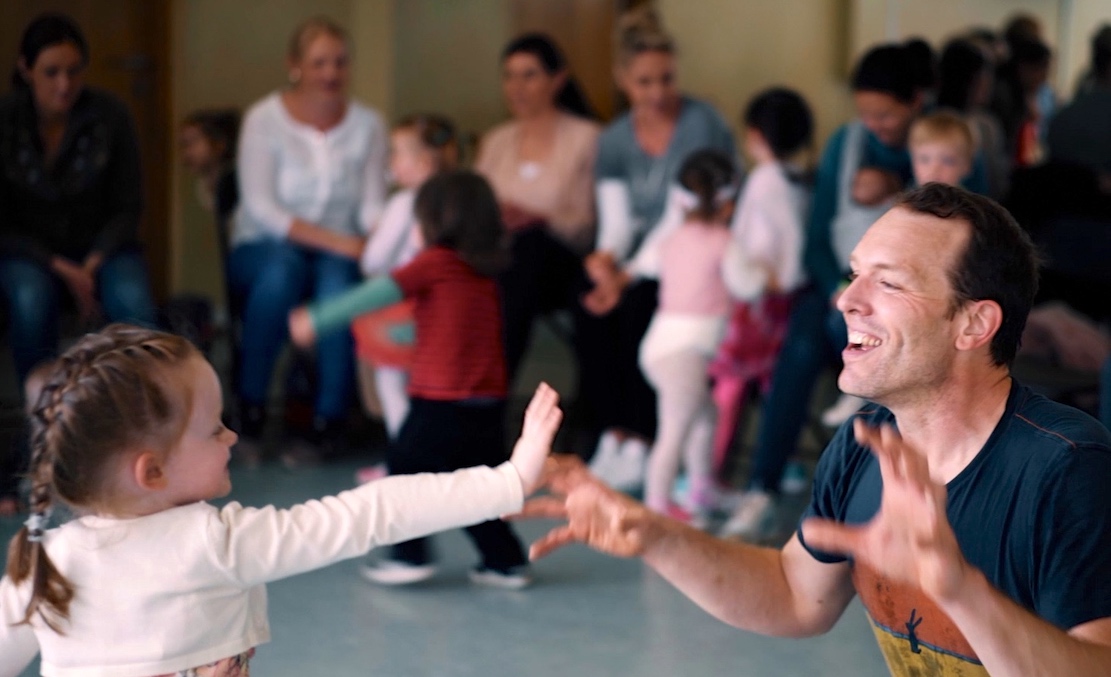 The Market Place Theatre in Armagh is gearing up for a jam-packed weekend of the best in family entertainment.

Starting off with ‘Manny Man Does The History Of Ireland’ on Friday 8th March, this smart and entertaining show, is sure to please all ages.

Based on John D Ruddy’s hit series of books and YouTube videos, Syn and Oppy romp through thousands of years of Irish history, from the Big Bang to the present day, with the help of illustrated cut-outs and comedy.

Saturday 9th March sees The ‘Sing to Me’ Tour (main image) featuring songs from Kyle Riley’s 2018 release by the same title, with some traditional children’s music and a couple of tunes for the adults.

There’s the fast paced ‘Astronaut’, a whirlwind tour of our Solar System, or the slower ‘Do you Ever Feel Sad About the Dinosaurs?’, a ballad about asteroids and changes.

It’s an hour of engaging and entertaining folk/rock music, sure to get the audience moving. For your under 8’s, your rock toddlers and the little boppers in between, it’s fun for the whole family.

This film is set in 1846 in New York where tensions run high between the Irish immigrants and the British and Dutch inhabitants of the Five Points neighbourhood.

William Cutting [Day-Lewis], aka Bill the Butcher, leads the inhabitants of Five Points, whilst the immigrants are led by Priest Vallon [Liam Neeson].

An Irish classic returns on Saturday 9 March with the Tony award-winning ‘The Beauty Queen of Leenane’.

Containing brash humour, rich language and inventive storytelling for which Martin McDonagh has been widely praised, this drama tells the story of unmarried mid-forties Maureen and her elderly iron-willed mother Meg, and the conflict which will escalate to a different level when Maureen is offered the chance of love.