‘Man in the woman’s shoes’ returns to Market Place with its hilarious new sequel! 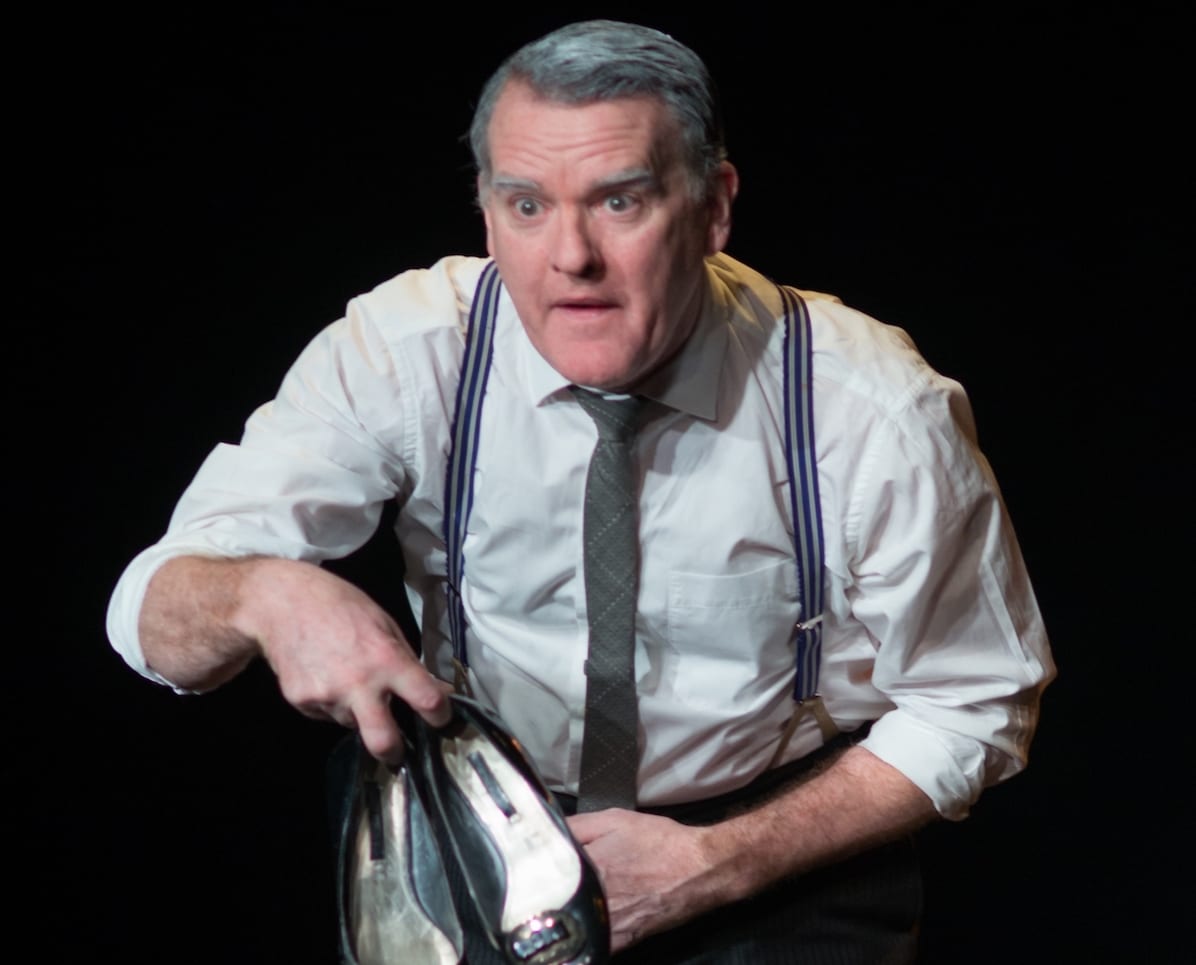 The internationally acclaimed actor, Mikel Murfi,described in The Times of London as a “a magical performer”, returns to the Market Place Theatre, Armagh, exactly two years after the sell out performance there of his wonderful one-man play, ‘The Man in the Woman’s Shoes’, as part of the John Hewitt International Summer School.

Mikel will perform ‘The Man in the Woman’s Shoes’ in the Main Auditorium at The Market Place on Thursday 26 July at 8.30pm and on the following evening, Friday, July 27 at 8pm, he will perform his equally entertaining new follow-on play, “I Hear You & Rejoice”. (Please note the different starting times each evening.)

As an actor and a director he has worked in all the major theatres in Ireland and he toured extensively abroad with his one-man shows and with other productions, including the dance theatre production of ‘Swan
Lake/Loch na hEala’ which won the Best Production award at 2016 The Irish Times Theatre Awards.

‘The Man in the Woman’s Shoes’ is hilariously funny, tender and at times downright daft! The play follows Pat Farman, a cobbler, who walks the five miles to town and back again, to deliver a pair of women’s shoes to his customer, football enthusiast, Kitsy Rainey, meeting unforgettable characters along the way.

As it did in 2016, ‘The Man in the Woman’s Shoes’ will leave its Armagh audience entertained, uplifted and
in love with life again!

This highly entertaining one-man play has been hugely acclaimed nationally and internationally by audiences and critics alike, garnering many accolades along the way, including the Zebby Award (Irish Writers Guild) for Best Theatre Script 2013, the Stewart Parker BBC Radio Drama Award 2013 and a nomination for Best New Play in The Irish Times Theatre Awards 2014.

‘I Hear You and Rejoice’ is the much-anticipated companion piece to ‘The Man in the Woman’s Shoes’, continuing the story of Pat – cobbler and all-round contented man, as he marries the redoubtable Kitsy Rainey who is everything that Pat isn’t.

Written and performed by the award-winning actor, Mikel Murfi, ‘I Hear You and Rejoice’ is a tender and joy-filled account of a most unlikely marriage.

And though each of these two productions stands alone, ‘I Hear You and Rejoice’ is a sequel, about the funeral of the woman whose shoes cobbler Pat Farnon was bringing to town in the prequel.

The Armagh performance of ‘The Man in the Woman’s Shoes’ will offer the opportunity to catch up with it to those who haven’t yet had the pleasure of seeing it.

And many of those who saw the 2016 performance in Armagh or elsewhere might to see it again or recommend it to those who weren’t lucky enough to see it yet.

‘I Hear You and Rejoice’, on Friday, July 27, will be must-see performance for those who have seen the first Mikel Murfi play either the evening before or on its last visit to Armagh to the Hewitt Summer School in July 2016!

Tickets at £13 each for “The Man in The Woman’s Shoes” (26 July. 8.30pm) and “I Hear You and Rejoice” (27 July, 8pm) at The Market Place Theatre are already on sale and there is a special offer of £20 for both Mikel Murfi shows when booked together.

These may be booked on 028 3752 1821 and online at visitarmagh.com/marketplacetheatre