King William ready for Battle of the Bards 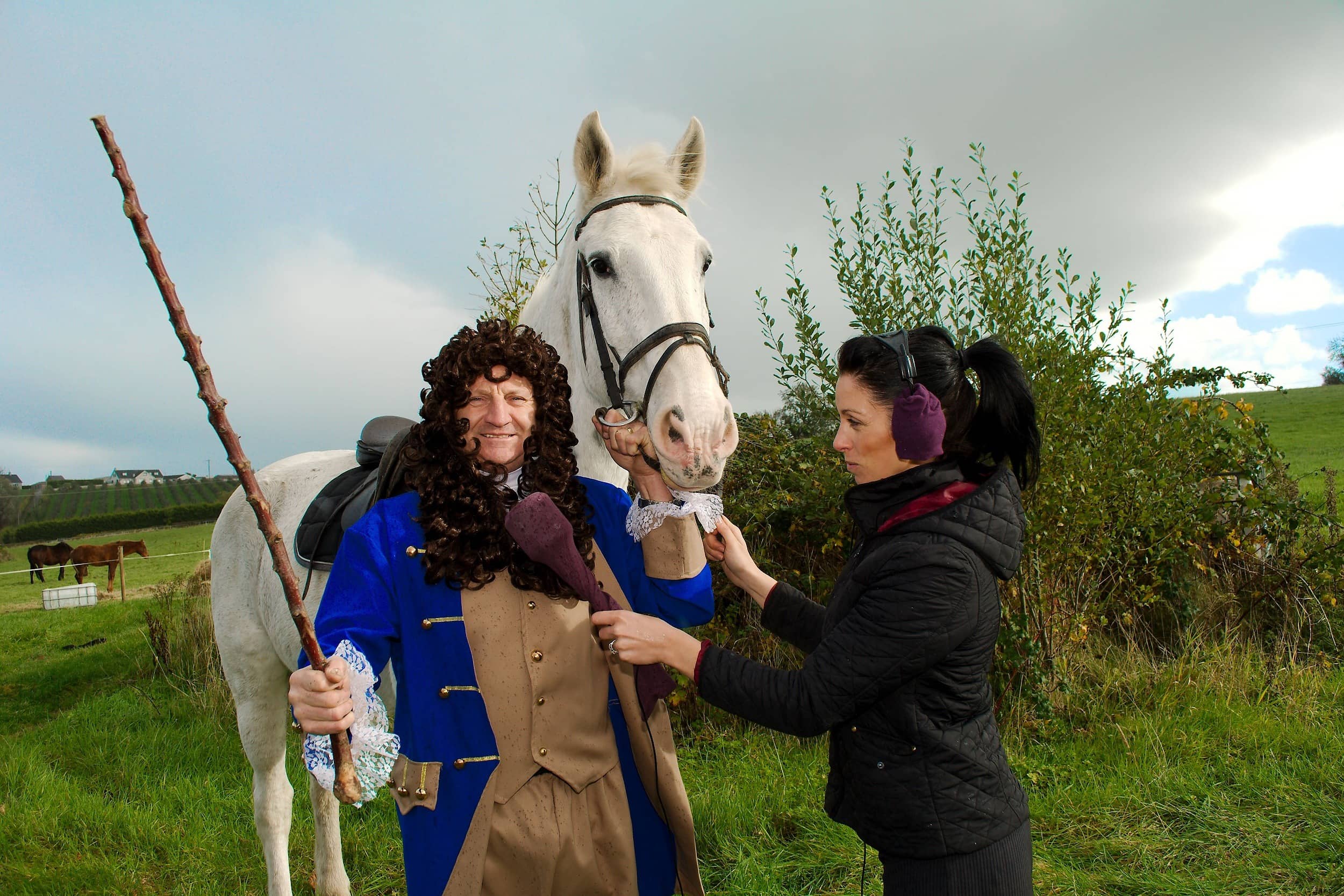 ‘King William’s Interview’ is a unique and innovative poem which features in the finals of The Bard of Armagh Festival of Humorous Verse on Friday 22 November in Armagh City Hotel.

In a ground breaking interview with King William himself, sports commentator, Patricia Josephine McNamee unravels the strategic plan employed by the Williamites to oust King James and his rebel band in 1690.

Using many of today’s well worn sports clichés such as ‘digging deep’, sticking to the game-plan’, and ‘the blanket defence’, King William demonstrates how he outwitted the Jacobites in probably the most significant battle in Irish history. King William, played by Damian McConville, is interviewed by Patricia Josephine McNamee, (Danielle Curran) about his most famous victory ahead of his appearance in the Bard of Armagh Competition 2014. King William ready to Battle the Bards. Photo: Liam McArdle

Asked about his backroom team William had this to say: “We had doctors, physios, psychologists, some with degrees in war logistics, Kit-men, dieticians, and boys with fancy clip-boards to blind us with statistics.”

The interview also reveals how the result could have been very different as a freak shot just flew past King William’s nose as the two armies were lining up prior to engagement. The Williamites were tactically superior and their half time talk certainly got them fired up to finish the job.

“What did you say to your boys half-way across the Boyne, I’d really like to know?”

“I told them to stick to the game-plan, stay focused, dig deep, there’s another half to go”

William cleverly evaded the probing question about receiving a message of support from the Pope and he played down the family connection between himself and King James. In the red hot heat of battle you forget about family ties. When asked about his ‘man of the match’ he suggested a number of contenders including Rick O’Shea, the Cannon boys, Art Hillary, Musk Ateer and Ringo Steel.

Inevitably, the Williamites were going to ‘The White Horse’ for the after battle party and William’s parting shot in reply to the question about how long the celebrations would go on for was: “Thanks Patricia Josephine, the best of luck and cheers, The celebrations I’d safely say will go on for several hundred years!”

‘King William’s Interview’ composed by Stewartstown reciter Damien McConville is one of fourteen poems in this year’s ‘Bard’. Ten counties are represented in the hugely popular event which has been a complete annual sell out since it began over twenty years ago.

Further information about the event etc can be obtained from the Bard website www.bardofarmagh.com

The 2013 finalists are as follows:

Jimmy Rafferty, Loughall Co Armagh, ‘Away with the Fairies’

Paul McArdle, Dundalk Co Louth, ‘The Night of the Dance’