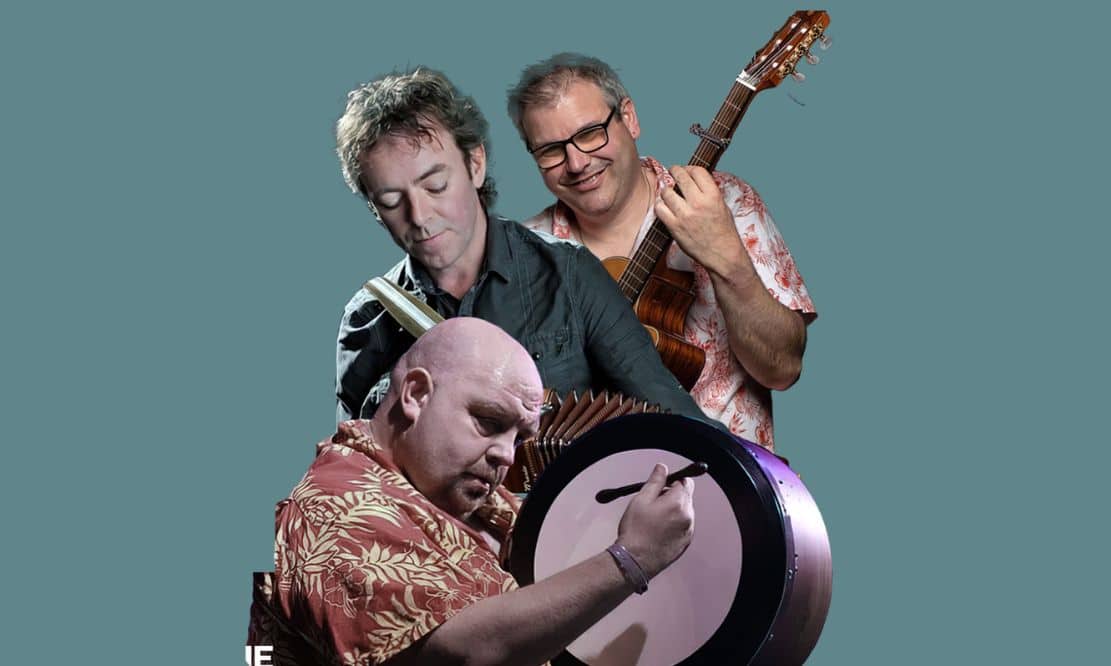 Three of Ireland and the UK’s most illustrious musicians are touring Ireland February 2021, don’t miss your chance to see Three for The Road in Aonach Mhacha on Sunday February 26.

Gino Lupari is one of the most respected Bodhran players on the road today. Gino has been a professional musician for the past 28 years. In that time he had performed with the band 4 men and a dog all over the world (Gino is a founder member).

He has performed at all the major festivals throughout the world.

Gino is also a great singer and has recorded vocal tracks on all of “the dogs” albums, Gino is also in demand as a session player and has played on many and varied recordings.

He can be heard on Sinead O’Connor , Shane McGowan’s albums and most recently on the ground breaking album from Declan O’Rourke.

Gino also has carved a media career for himself , he co presented the ground breaking 1st live fleadh tv programme from Derry city which had huge audiences worldwide.

Tim now a name on the world stage in his own right after seventeen years of hard work, is rated by many to be one of the world’s finest ever Melodoen and Guitar players in the folk and contemporary scene today!

Originally from Broadstairs in Kent and of Irish descent. Tim honed his style learning from his father Richard a fine guitarist and listening to Ed Boyd, Steve Cooney and Django Reinhardt and Arty Mc Glynn.

Dermot is one of Ireland’s finest traditional musicians having been awarded the Irish Television station, TG4’s Traditional Musician of the Year  2013.  He hails from Buncrana in the Inishowen peninsula.

He guested on two Altan recordings “The Red Crow” and “Island Angel” and was a member of the band from 1994 until 2013. Dermot has guested on collaborations with many great musicians including Seamus and Manus McGuire, Sharon Shannon, Frankie Gavin, Pierre Schryer, Tim O’Brien , The Stunning, Salsa Celtica and the late jazz violinist, Stephane Grappell.