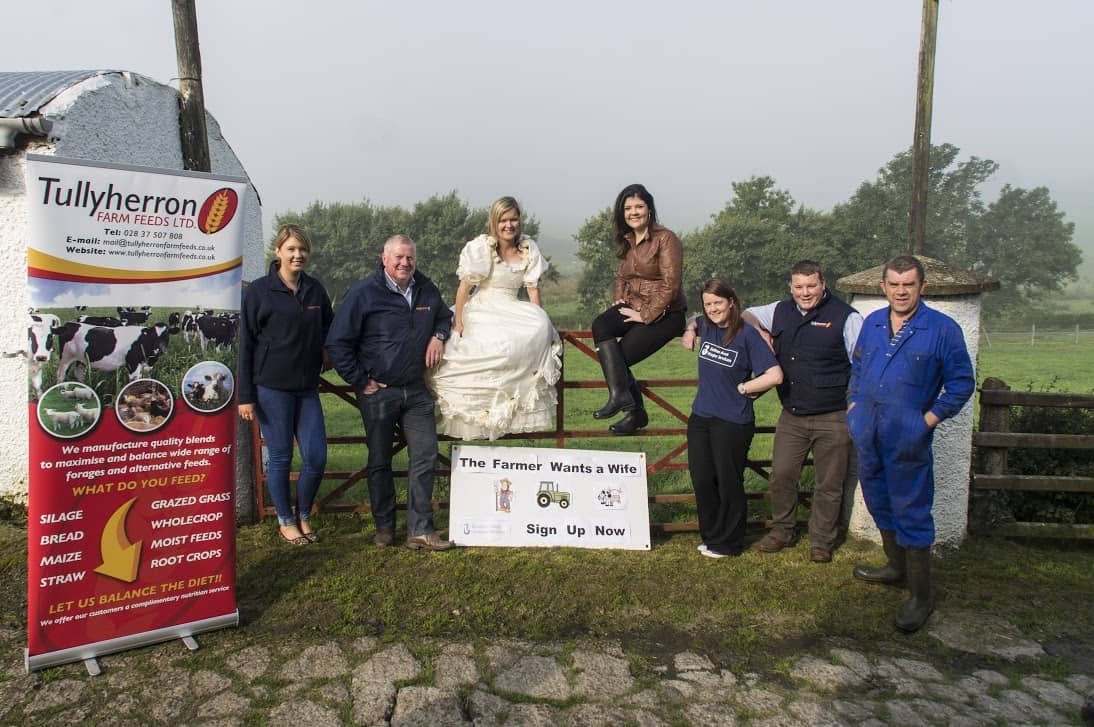 Southern Area Hospice Services are calling on single farmers to come forward to take part in their upcoming fundraising event, ‘The Farmer Wants a Wife’.

The event will take place on Saturday, November 22 in the Armagh City Hotel and, for the second year running, it is being generously supported by main sponsor, Tullyherron Farm Feeds.

‘The Farmers Wants a Wife’ will see a number of single famers take to the stage in the Armagh City Hotel, who have also offered their support to the event, in a bid to get themselves a potential future wife as well as helping to raise vital funds for Southern Area Hospice Services.

On the night, the participating farmers will be interviewed by MC, Malachi Cush, with some of them performing a special talent as part of their interview. Last year the talents included everything from a cow milking demonstration on a very uncooperative cow, to farming inspired Irish dancing displays, and this year is sure to be just as entertaining.

After the farmers have all had a chance to impress, the audience and judging panel will place their votes to determine who the winner is. This year’s judging panel includes BBC Radio Ulster’s, Lynette Fay; the Deputy President of the Young Farmers’ Clubs of Ulster, Roberta Simmons; Farmer Joe, star of the recent comedy production of ‘Farmer Joe and His John Deere Tractor’; and experienced farmer and dedicated Southern Area Hospice Services volunteer, John Jardine. Once the winner has been crowned, a date with him will be auctioned off to the highest bidder from the audience. There will be music by ‘Country Harmony’ to end the night – a great night is guaranteed.

Paul Sloan, Director of Tullyherron Farm Feeds commented, “We are very proud to be on board again this year as the main sponsor of the Southern Area Hospice Services ‘The Farmer Wants a Wife’.  After what can only be described as a highly successful and entertaining event last year, we are very certain that this year’s event will be even better and we would hope that everyone will get behind this to show their support for a very worthy cause.”

Anne Mac Oscar, Regional Marketing Officer in Armagh and Dungannon for Southern Area Hospice Services encouraged eligible farmers to come forward to take part in the event, saying, “We are looking forward to a great night in the Armagh City Hotel on Saturday 22nd November 2014. We were blown away by the success of ‘The Farmer Wants a Wife’ in 2013 and that was only possible thanks to the farmers – I would encourage any single farmers who would be willing to take part this year to get in touch as soon as possible.”

Anne continued, “All funds raised through ‘The Farmer Wants a Wife’ will help Southern Area Hospice Services to continue our work in the local area, caring for people who are living with cancer and other life-limiting illnesses, such as Multiple Sclerosis, Motor Neurone Disease, HIV and Aids. We have a fundraising target of £2.3 million for 2014 to help us to continue to offer the current level of services which we provide and events such as ‘The Farmer Wants a Wife’ are very important in helping us to achieve this”.

Don’t miss your chance to be part of this fantastic show. If you’re single and game for a laugh, or if you would like to nominate someone who is, please contact Anne on 028 30251333 or email macoscara@southernareahospiceservices.org for more information and a registration form.

Tickets for the show, priced at £10 each, can also be purchased by ringing Anne on 028 30251333 or emailing macoscara@southernareahospiceservices.org. Get yours now to avoid disappointment.

Photo: Helping to launch ‘The Farmer Wants a Wife’ which will take place in the Armagh City Hotel on Saturday 22nd November 2014 are from left to right, Orla Shields & Paul Sloan of main sponsors, Tullyherron Farm Feeds; blushing bride Danielle Doherty of Southern Area Hospice Services; Lynette Fay of BBC Radio Ulster, one of the judges for The Farmer Wants a Wife; Anne Mac Oscar of Southern Area Hospice Services, Michael Woodrow of Tullyherron Farm Feeds and last year’s winner, John Patton. For your chance to be part of this year’s show or to get your tickets contact Anne on 028 30251333 or email macoscara@southernareahospiceservices.org. Picture by Emma McAnallen – EMA Photos.