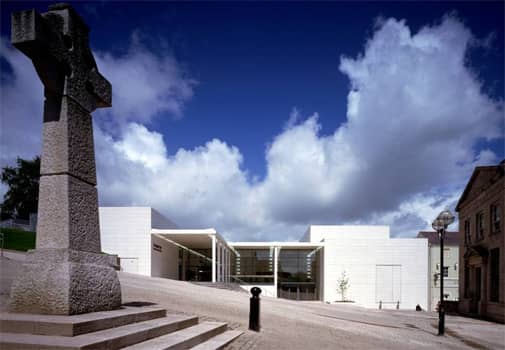 There’s a new season of events now on sale at The Market Place Theatre in Armagh for January to June 2015, and it all kicks off in the New Year with a sparkling line-up of events to brighten up those dark January nights.

Top Irish stand-up and TV comic Neil Delamere starts the season on a comical note with his brand new show ‘The Fresh Prince Of Delamere’. Expect the same powerhouse performance from the star of RTÉ’s ‘The Panel’, ‘2nd Republic’, BBC’s ‘The Blame Game’, ‘Fighting Talk’ and ‘Michael McIntyre’s Comedy Roadshow’. Neil will have audiences choking with laughter on Saturday 10th and Sunday 11th January.

For something a little bit different, try the Market Place Theatre Cajun | Bluegrass Club featuring the best of bluegrass and Cajun music and food that is as spicy as the music. ‘Special Consensus’, one of the best bluegrass bands on the music circuit makes a welcome return to The Market Place. ‘Bluegrass with attitude and boundless energy’ is a fitting description of this superb bluegrass band. They have toured all over the world to huge critical acclaim and packed houses. This event takes place on Saturday 10th January.

On Thursday 15th January, platinum-selling artist Duke Special will take to the stage. He’s done it all, from presenting a documentary on the life and times of 50s megastar Ruby Murray to being commissioned by the Metropolitan Museum of Art in New York to write a series of original songs based on photographs for their exhibition of the photographers Stieglitz, Steichen, and Strand, from performing with orchestras such as the Ulster and RTE Concert orchestras, to making the first recording of an unfinished musical by Kurt Weill based on the novel Huckleberry Finn.

Then on Saturday 17th January, as part of her first Irish tour in four years, Mary Black returns to her native audiences. Mary will be joined on stage by her best band – Bill Shanley, Pat Crowley, Nick Scott and Richie Buckley. Early booking is strongly recommended.

Nathan Carter, the hottest act on the Irish music scene makes a welcome return to The Market Place Theatre on Wednesday 21st and Thursday 22nd January. Nathan has had a tremendous year to date, with his new album ‘Where I Wanna Be’ topping the Irish Charts.

Sean O’Casey’s ‘Juno & The Paycock’ is one of the true classics of the Irish theatre, and one of Ireland’s leading Amateur Theatre Companies, Newpoint Players, will perform it on Friday 23rd and Saturday 24th January. The play looks at the effects of the civil war on a Dublin household already crippled by economic hardship and the efforts, mainly by the mother, to keep the family on an even keel.

The loveable Maggie Muff is back with a bang in ‘Dirty Dancin’ In Le Shebeen’ on Wednesday 28th January. Maggie and her buck-eejit sidekick Big Sally Ann are planning Sally’s part in Le Shebeen.  She wants to recreate the last dance from ‘Dirty Dancin’ on her birthday night. But in the world of ‘The Muff’ things don’t run as smoothly as you’d think. January will close with the unique talent of Grainne Duffy whose performances are raw and powerful, edgy and elegant. So far in her short career, Grainne has already graced the stage at Glastonbury for three electric performances and has toured much of Europe. Recently Grainne was asked to open for Jools Holland on his tour and she and her band graced the stage for three rapturous nights.

Tickets for all events can be booked by contacting the Box Office on 3752 1821, or online at www.marketplacearmagh.com

And to keep up-to-date with the latest news at the Market Place Theatre, you can follow on Facebook (www.facebook.com/marketplacearmagh) and Twitter (www.twitter.com/mptarmagh) where you will find all the latest information, special offers and video previews.