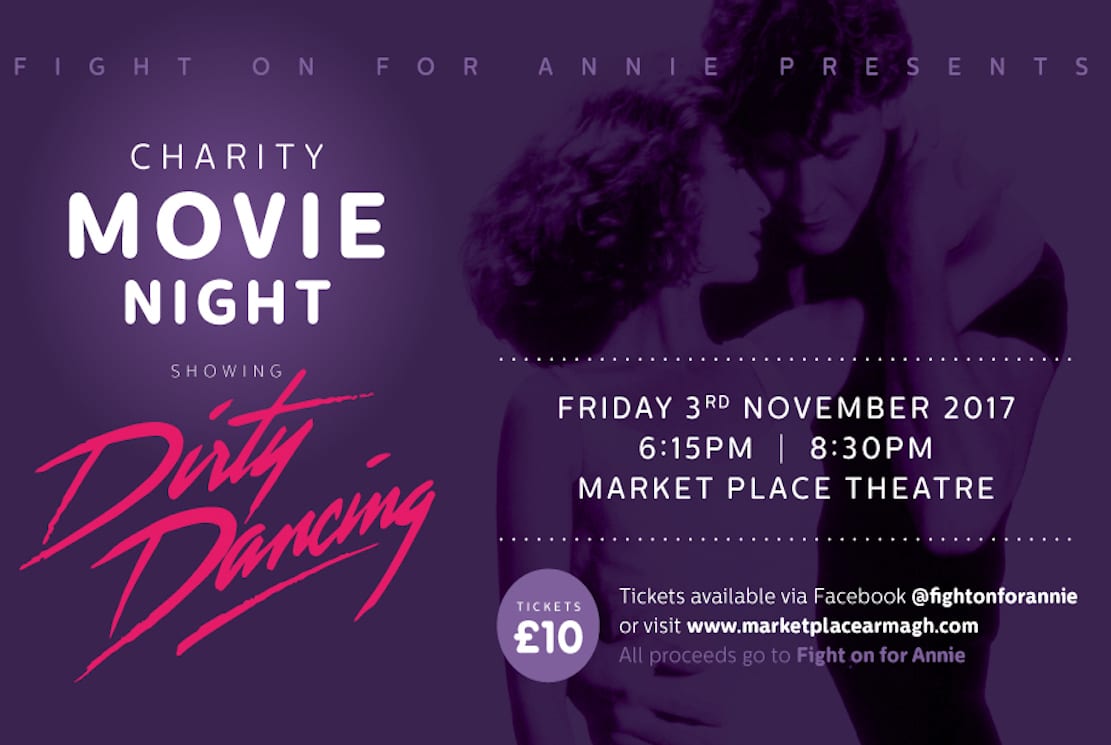 A charity movie screening of the classic Dirty Dancing will kick off a month of awareness for Pancreatic Cancer Awareness in November.

Fight on for Annie presents ‘Dirty Dancing Charity Movie Screening’ at the market Place Theatre in Armagh on Friday, November 3.

All proceeds go to the local fund Fight on for Annie which was set up in memory of Anne O’Neill who lost her battle with pancreatic cancer in October 2014 and raises money for two UK Pancreatic Cancer Charities.

Fight on for Annie has raised over £45,000 and they want to continue raising funds and awareness of the disease locally to help with early detection.

Grainne O’Neill, founder of Fight on for Annie, said: “We have decided to show Dirty Dancing because Patrick Swayze also lost his battle with pancreatic cancer in 2009 aged only 57.”

Dirty Dancing is 30 years old this year and this deserves to be celebrated and raise money for a great cause.

For further information please contact Gráinne O’Neill on 07754566157 or info@fightonforannie.com

Tickets can be purchased directly through the Market Place Theatre (028 3752 1821) or Fight on for Annie.

**Unreserved seating therefore it will be first come first serve on seating on the night.**

Film rating 12 and over.

The reality of pancreatic cancer:

Just 5% of patients survive – it has the worst survival rate of all 22 common cancers.

Twenty-six people diagnosed each day, 24 people will die each day.

It receives just over 3% of overall cancer research funding: a total of only £8 million in 2015.

In 2014, 9614 people were newly diagnosed with pancreatic cancer