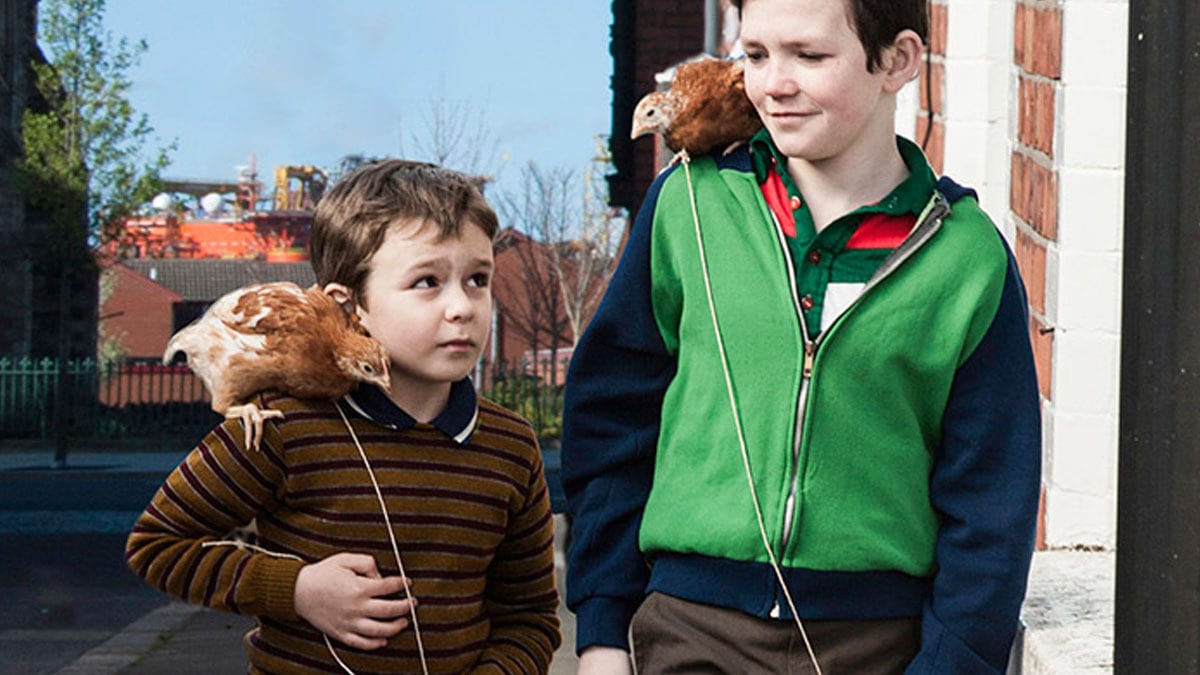 As the team behind ‘Boogaloo and Graham’ soak up the Hollywood atmosphere ahead of tomorrow night’s Oscars, viewers back home will be able to see what all the hype is about when the short film gets its local TV premiere.

The 14-minute film is written by Co Armagh school teacher Ronan Blaney and has already picked up a BAFTA for ‘Best Short Film’ in London.

Now the film, set in Belfast during the 1970s, is to be screened on BBC One Northern Ireland tomorrow night (Sunday) at 10.30pm.

It will coincide with the great and the good of the acting world assembling in the Dolby Theatre in Hollywood for the 87th Academy Awards, where ‘Boogaloo and Graham’ – directed by Michael Lennox and produced by Brian Falconer – will be hoping to take home the coveted statuette in the ‘Best Live Action Short’ category.

Speaking ahead of the ceremony, the Minister said: “The quality and appeal of the local film industry is once again evident, with two Irish productions making it to the final shortlist for the most prestigious night of the year for the film industry.

“Buoyed by their recent success at the BAFTA’s, the makers of ‘Boogaloo and Graham’ will be hoping to complete the double by taking the honours in the ‘Live Action Short Film’ category, while ‘Song of The Sea’, which was made by a Kilkenny based animation studio, is nominated in the ‘Best Animated Short Film’ category.

“I wish them and everyone involved in the making of both films every success.”

The Minister also pointed to the fact that a local man has played a significant role in the making of the film ‘Boyhood’, which is many people’s favourite to win the ‘Best Film’ Oscar.

She said: “The success of this film owes much to the skill of County Tyrone man Shane Kelly, who was Director of Cinematography on this highly acclaimed production, which was filmed over 12 years.

“It is clear that Shane, who is a native of Sixmilecross, is a very accomplished photographer, and he is another example of the high quality local talent that is making a growing impact on the creative industries.”