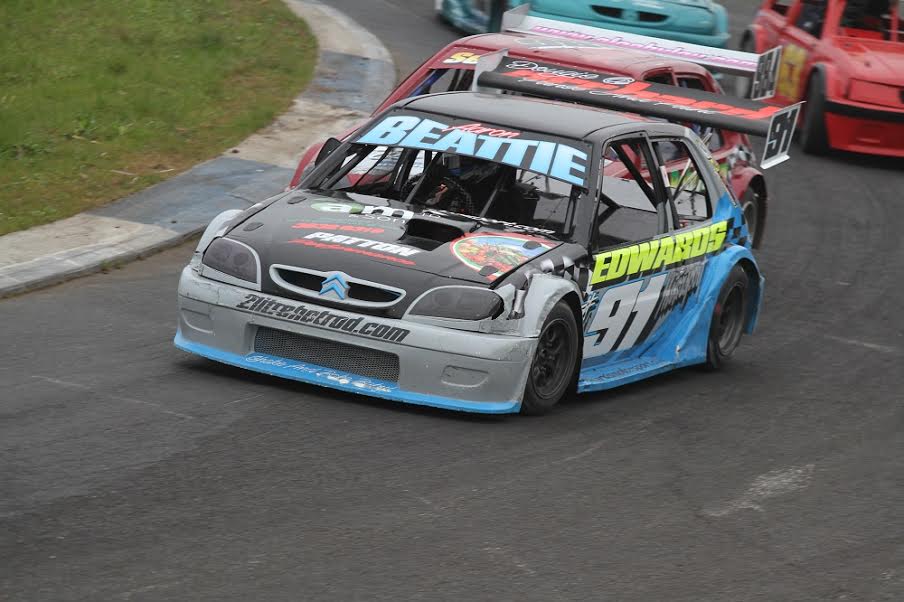 Portadown's Aaron Beattie will be hoping for a good result in his first World Championship appearance.

Tullyroan Oval are gearing up for their biggest event of the season when the prestigious Clive Richardson Ltd 2 Litre Hot Rods Championship of the World is staged on Sunday, July 23.

The qualification heats will take place at Aghadowey Oval on Saturday, July 22, making it a must see weekend of speed for all short oval racing fans.

A full 36 car entry of the best racers in the business will contest the World Final, and the local drivers, led by Antrim’s European Champion Stephen Emerson, will be hopeful of keeping the coveted gold roof on home soil.

Portadown drivers Feargal McNally, Ryan McClure and Aaron Beattie have all shown good form so far in 2017 and will harbour hopes of a big win, whilst Ballygawley’s Adam Best will be keen to improve on his recent runner-up slot in the National Championship in Ipswich.

British and National Champion William Hardie from Scotland leads the visiting challenge, and he is sure to be a big favourite having had a superb season so far.

Close, competitive action is guaranteed as the drivers race in the Aghadowey heats to determine the grid for the all important World Championship Final at Tullyroan.

There is also a full programme of championship racing over the two days, with the all action Lightning Rods contesting both the Corry Car Sales European and Irish Open Championships. Recently crowned World Champion Aaron Stewart from Aghadowey will be keen to continue his winning streak, but will face stiff opposition from Portadown ace Jordan Rochford, Irish Champion Richard Stewart and Portadown’s former World Champion Scott Cochrane.

The young 6-11 year old stars in the Ninja Karts will contest both the LJN Motorsport National and Irish Open Championships over the weekend. Portadown’s Daniel Stewart recently took a big win in the Stars of the Future event at the Ipswich Spedeweekend and he will be keen to take more glory.

Limavady’s Irish Champion Stewart Hanna, Ballymena’s Aaron Ward and Crumlin’s Corey Stirling will be aiming to grab the honours too. European and British Champion Robbie Armit from Scotland leads the visiting challenge, alongside Scottish Champion Charlie Hardie. Josh and Toby Parfitt will make the long trek from England to chase the silverware too.

Also in action across the weekend will be the ProStocks in their Irish Open Championship, the 1300 Stock Cars Irish Masters and Stock Rods.

The action commences at Aghadowey Oval on Saturday, July 22, at 4.30pm, with day two continuing at Tullyroan Oval from 1pm.