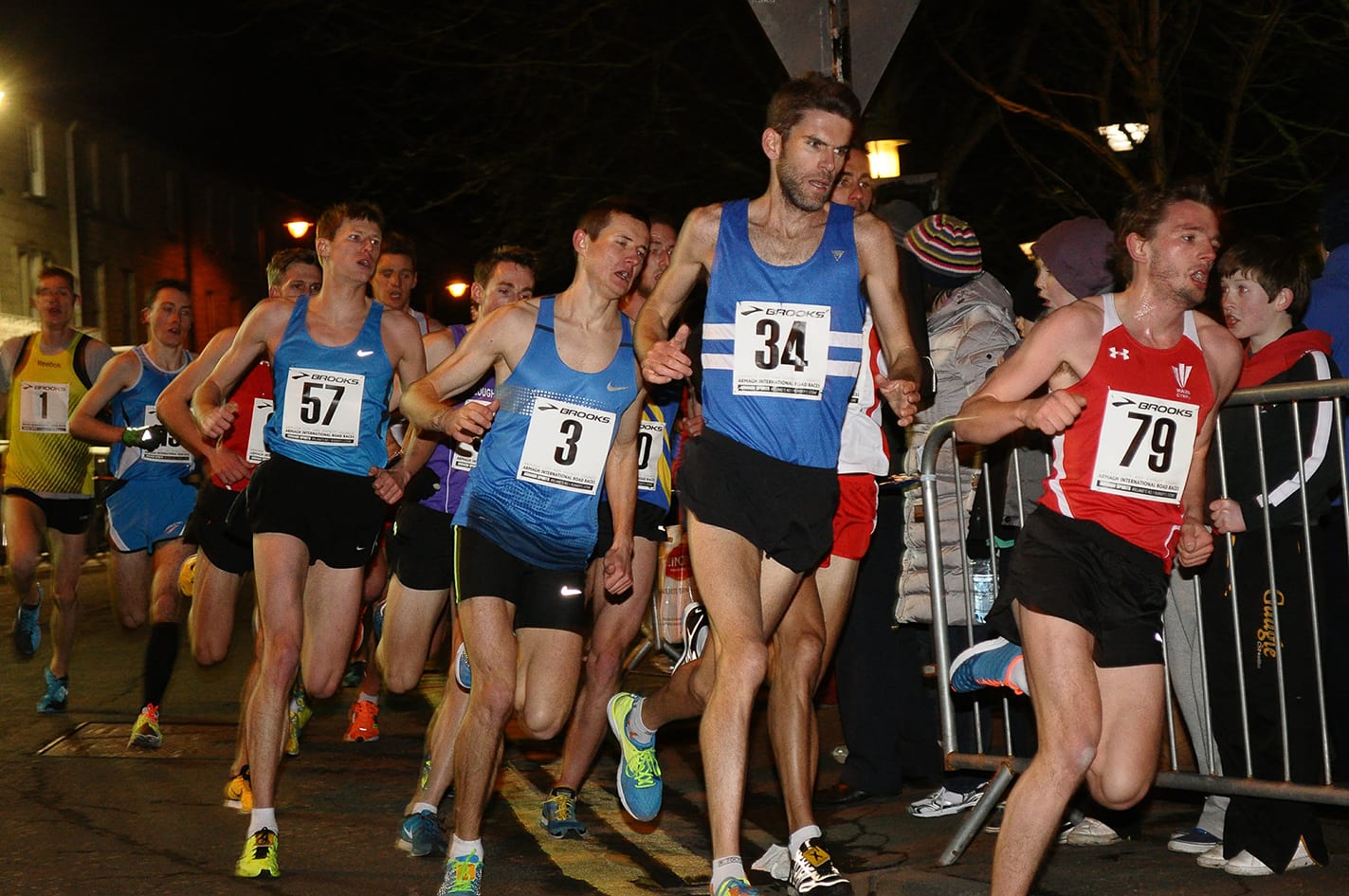 The 25th Brooks International Road Race is expected to draw huge crowds – and top athletes – to the city when it gets underway this Thursday night, February 19.

And police in Armagh have also been advising the public of traffic restrictions which will be in place during the event.

The iconic race is widely acknowledged as one of the best road races in the world for the calibre of its participants and the fierce competition among athletes vying to take the top spot in the men’s and women’s high-speed races.

Organisers say that this year’s event, which is sponsored by sports footwear specialist Brooks and supported by Armagh City and District Council, will feature some of the most hotly-contested racing challenges seen for many years.

With a host of athletes combining national, European, World and Olympic experience between them, competition for the winning places in the men’s 5K and the women’s 3K international challenges will be fiercer than ever.

Last year, the race standard in the international men’s race was so high that 45 runners came in in under 15 minutes, with the last finisher only 90 seconds behind the winner.

Laura Whittle from Loughborough University was victorious in the women’s 3K with a time of 9:25.73, while Nick McCormick from Morpeth AC in North East England came first in the men’s 5K international race with a winning time of 14:11.90.

This year, racing fans will be on the lookout for another record-breaking performance in the women’s 3K race. Former European champion, Brooks-sponsored Mary Cullen, with a personal best time of 8.43.74 for the 3000m, returns to lead the Irish national team, which will also include Donegal’s Ann Marie McGlynn.

However, both runners will have the contention of another Brooks-sponsored athlete, Katrina Wootton from Coventry, who is currently in top form. Other athletes to look out for are Ireland’s Ciara Durkin, England’s Gemma Hillier, Laura Dunn of Edinburgh and Derby-based Ellie Stevens.

In the men’s 5K international race, a revitalised US team led by Joe Stilin, who boasts a best time of 13.33.13 for the distance on the Armagh track, will be up against Polish challenger Krystian Zalewski, the current European 3000m steeplechase silver medallist.

The full programme, which includes details of the 12 races scheduled, is available at www.armaghroadrace.com.

The first race starts at 6.30pm at the top of Mall East in the city centre and the event is expected to run until 9.30pm.

But traffic restrictions will be in place for a longer period.

Motorists travelling through the area should expect some disruption and allow a longer time for their journey.

Motorists are also asked to exercise caution and be attentive to a large number of competitors and spectators in the area.

Pictured in action, Nick McCormick (centre), from North East England, came first in the men’s 5K international in Armagh in 2014, with a winning time of 14:11:90.